Bull run likely to rule the market over the next few weeks, IIP data to determine investor sentiment 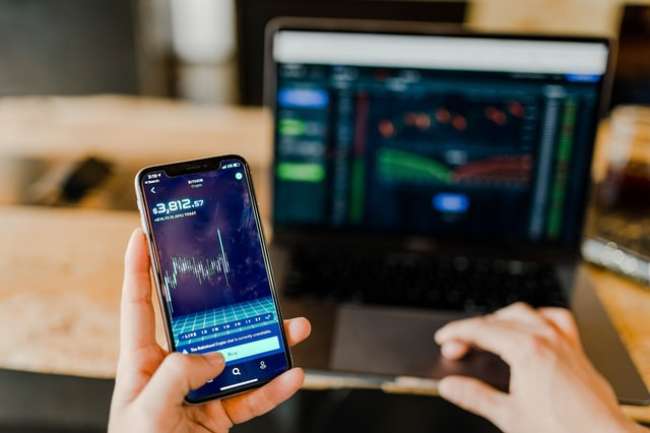 With the benchmark indices scaling new highs on a daily basis and the broader market also catching up with the trend, the question in the air is whether the Nifty 50 will hit the 18,000 level first or the Sensex 30 will outpace its NSE counterpart to hit 60,000 level. This discussion itself is an indication that the bulls will continue to tighten their grip on the market in the next few weeks. The Sensex closed at 58,129.95, while the Nifty ended the week at 17,323.60.

For the second consecutive week, both the benchmarks ended in the green. This time with a gain of over 3.7 per cent each. This is the highest weekly gains by the benchmark indices in the last seven months.

However, the trading week beginning Monday is expected to be volatile, as it’s going to be a truncated week. The market will remain closed on Friday, September 10 due to Ganesh Chaturthi.

Markets are upbeat on the basis of macro indicators which also showed signs of recovery with the first quarter GDP numbers rising in terms of personal consumption, exports and capex, albeit on a low base, GST collections surpassing Rs 1 lakh crore for the second consecutive month, and manufacturing PMI data staying in the expansionary territory from July.

Vinod Nair, Head of Research, Geojit Financial Services said, “Strong domestic economic numbers are supporting the upward movement in the market even at these high levels of valuation.”

Analysts are of the view that if the buoyancy in the stock market sustains at high valuations, then there is a strong possibility of the Sensex hitting 60,000 and Nifty scaling 18,000 during Diwali, which is just two months away.

This certainly is strengthening the confidence of market participants which will fuel the rally going ahead.

A gauge of India’s services sector PMI rose to its highest since February on account of inflows of new work and improving demand. The India Services Business Activity Index, compiled by IHS Markit, stood at 56.7 in August, compared with 45.4 in July. The gauge expanded after four months. The Composite PMI Output Index, too, rose to 55.4 in August from 49.2 in the preceding month.

Neeraj Chadawar, Head-Quantitative Equity Research, Axis Securities said, “Large caps are playing a catch-up rally in the last one month, which is driving the benchmark to higher levels. The style rotation holds the key, moving forward. Markets are in a very interesting phase as the benchmark indices are touching all-time high levels in which the market positioning has slowly shifted towards high-quality large-cap names. The market breadth has narrowed in the last one month and the high-quality large-cap stocks outperformed the broader market.”

While several factors contributed to this rally, it appeared that the existing liquidity in the market was the driving force and it is driving the primary markets too. So far this year, funds raised through IPOs have increased by almost 2.2 times, compared to the previous year and 11 more companies with Sebi’s nod are slated to raise over Rs 11,600 crore. Another 40-plus companies will be seeking nearly Rs 89,000 crore as they await the regulator’s approval to join the bandwagon and cash in on the abundant liquidity and enthusiasm among retail investors.

Another aspect contributing to this inflow is the regulatory storm that Chinese enterprises are facing, which is prompting investors to look at other growing economies. All these factors collectively led Nifty50 to record its fastest sprint of 1,000 points in just 19 trading sessions.

Foreign Portfolio Investors (FPIs) have also their contribution in this rally. They were net sellers in entire July and in major part of August. They turned net buyers in the last leg of August and in September till date. FPIs are also subscribing to the Indian IPOs in large numbers as they have preferred to stay away from investing in Chinese markets due to regulatory action in that market as mentioned above.

Quality theme is clearly back in focus and the market focus is slowly shifting towards the sustainability of returns. The broader market is doing well, as the visibility on broad-based earnings is still intact. Quality is an emerging theme which is now visible in the performance of the FMCG index. Allocations are now increasingly shifting towards quality stocks where the earnings visibility and the balancesheet strength are very high, Chadawar said.

The Nifty gave a strong bullish move for week ended Friday. It made a new all-time high of 17,340 and gave a closing around the same level. On Friday, Nifty closed around its high for two days in a row. It is now headed for 17,375 and 17,400 in the coming few trading sessions. The levels of 17,200 and 17,280 will act as strong support levels for the index.

Technically, Nifty is in its ‘impulse wave’ as per Elliott wave theory, and will continue making new highs for a few weeks from here.

Gaurav Udani, Founder and CEO, Thincredblu Securities, said, “Traders can consider buying on every correction with strict stop loss as long as Nifty is trading above 17,150 levels. Corrections can be used to buy with strict stop loss. Bank Nifty has broken out of its previous consolidation channel and we expect it to move to higher levels in the coming few trading sessions. It has a strong support in the 35,500 levels.”

Samco Securities said in a research note that the Nifty 50 index posted a big bullish candle on a weekly time frame and broader indices too participated in this rally. The BankNifty index is also trading near previous all-time high levels, which may act as a make-or-break situation as its bullish movement in the benchmark index can take Nifty up even higher. “But traders should take note that current levels are overbought and mild dips would be smarter entries. The price zone around 16,600 may act as an immediate support on declines,” Samco alerted its investors in the note.

Going ahead in the next week, economic data such as domestic manufacturing output and the index of industrial production (IIP) could drive investor sentiment next week. In absence of any other major event, Indian indices are expected to mirror global cues and move in tandem with foreign bourses. With a largely positive outlook, profit-booking may be seen in stocks running ahead of their fundamentals. Investors are advised to ride this bull rally with fundamentally resilient stocks.