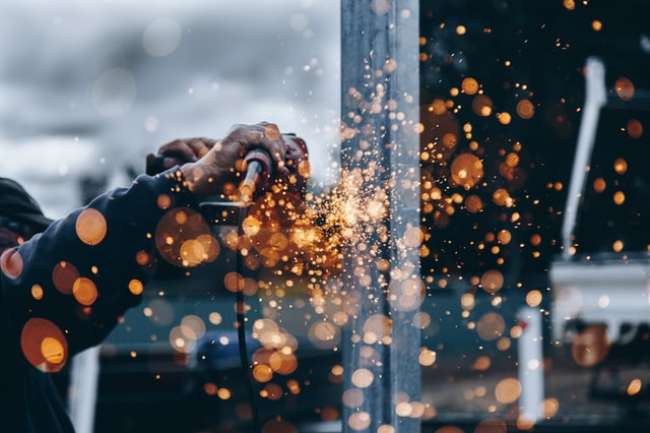 The Paras Defence and Space Technologies Ltd (PDSTL) public issue received impressive response from investors with subscriptions running out within minutes of its debut.

The Rs 170-crore initial public offering (IPO) was oversubscribed 16.57 times despite recommendations floating the market to keep away from the offer. The IPO offer closes for subscription on Thursday. There was an apprehension that the issue may face some negative impact of the secondary market correction witnessed in the end of last week and also on Monday.

The IPO is priced at Rs 165-175 per share. The PDSTL stock attracted grey market premium (GMP) of Rs 114-118 per share ahead of the issue opening and, according to analysts, this could be one of the reasons for investor interest in the issue.

Typically, when a public issue commands a premium to its issue price in grey market, the listing happens at a price which is a sum total of the issue price and the premium prevailing at the time of listing.

The listing consists of fresh issue of Rs 140 crore and offer-for-sale (OFS) of Rs 30 crore which would result in the promoters’ stake reducing from 79.4 per cent pre-IPO to 59.7 per cent post-IPO. PDSTL also raised Rs 30 crore in the run-up to the listing. The funds raised will be utilised for capex, debt repayment, and funding of working capital.

“We like PDSTL, given its complex/wide product portfolio, presence in niche defence space, strong client relationship and high entry barriers. The issue is valued at 1.9x P/BV on a post-issue basis, which is reasonable,” Motilal Oswal Financial Services Ltd (MOFSL) said in its IPO note.

PDSTL is engaged in designing, developing, manufacturing, and testing of a wide range of defence and space engineering products and solutions. It caters to defence and space optics, defence electronics, EMP protection solutions and heavy engineering. The government is expected to inctease the outlay in the Indigenously Designed Developed and Manufactured (IDDM) category at 16 per cent annual average to over $14.5 billion by 2031.

Optics is the major focus area for PDSTL with revenue from this segment rising from 30 per cent in FY19 to 45 per cent in FY21. It is the only Indian company with the design capability for space optics and opto-mechanical assemblies. It constitutes around 67 per cent of the Rs 300-crore order book and would be the key focus area along with drones.

PDSTL is developing several new products, such as turnkey submarine periscope, optical/multi/hyper spectral cameras for drones/space, telescopes, and anti-drone systems. It has partnered with global technology providers to tap import substitution opportunities under the government’s Atmanirbhar Bharat and ‘Make in India’ initiatives.

Besides, the number of other brokerages have also given their ‘subscribe’ recommendation to the IPO based on various attributes like long-term prospects, sector in which the company is active and the government’s support to the sector in time to come.

“We believe the company's long-term prospects to be favourable, owing to the strong government support and an increasing private sector investment in the defence sector. Additionally, increased customer demand for the company's space optics products would boost revenue and profitability going forward,” brokerage KR Choksey said.

Choice Broking and Hem Securities also remain bullish on the IPO. While Choice has assigned a ‘Subscribe’ rating to the issue basis the company’s niche product profile and technology, dominant market positioning and vast growth potential, Hem Securities expects it to benefit from the government initiatives.

While PDSTL’s topline and bottomline were hit by the pandemic in 2020-21, its operating profit margins expanded by 254bps to 30.3 per cent over FY19-21 led by better cost management.

“The company has negligible debt on its books which will further reduce to 0.2x after the IPO. It is working capital intensive (300+ days) and its asset turnover stands at below 1x, thus resulting in suppressed return ratios. With OB/bill at 2x, and contribution from subsidiaries to kick in from FY22 onwards, there is good revenue visibility going ahead,” MOFSL said.