U.S. central bank left its benchmark short-term rate near zero, where it's been since the pandemic erupted 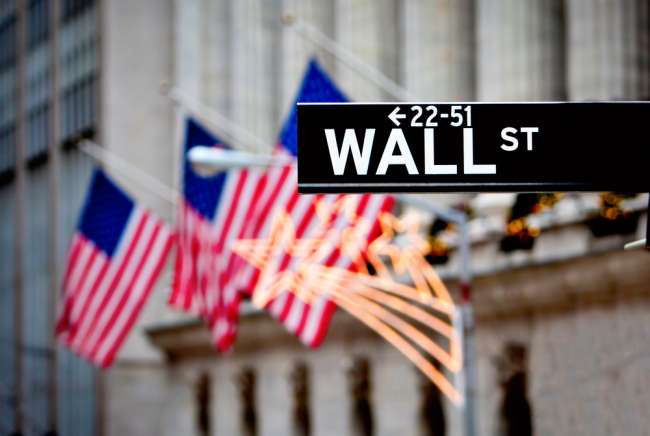 Benchmarks on Wall Street slipped Wednesday after the Federal Reserve said it is leaving its key interest rate unchanged near zero while noting recent improvement in the economy.

In his speech Wednesday evening, the president ticked off details of some of his plans for $1.8 trillion in spending to expand preschool, create a national family and medical leave programme, distribute child care subsidies, and more.

The plan comes on top of his proposal for $2.3 trillion in spending to rebuild roads and bridges, expand broadband access and launch other infrastructure projects.

In its latest policy update, the U.S. central bank left its benchmark short-term rate near zero, where it's been since the pandemic erupted nearly a year ago, to help keep loan rates down to encourage borrowing and spending. It also said that it would keep buying $120 billion in bonds each month to try to keep longer-term borrowing rates low.

“With no meaningful change to monetary policy or communication, this meeting was simply a message to market participants to sit back and observe as the economic recovery continues to unfold,” said Charlie Ripley, senior investment strategist for Allianz Investment Management.

The yield on the 10-year Treasury, which influences interest rates on mortgages and other consumer loans, eased following the Fed's statement, slipping to 1.61 per cent from 1.62 per cent late Tuesday.

Stocks initially got a bump following the 2 p.m. Eastern release of the Fed's statement.

Wall Street has been mostly grinding higher in recent weeks, pushing stock indexes to record highs, as the rollout of Covid-19 vaccinations, massive support from the U.S. government and the Fed, and a string of encouraging economic data fuel expectations for a stronger economy and solid corporate profit growth this year.

The expectations for a strong rebound, and rising prices for oil, lumber, and other commodities, have also spurred concerns over inflation and the prospects for higher interest rates. Those worries have helped fuel a rapid rise in bond yields from where they were at the start of the year.

In its remarks, the Fed noted that the economy and job market have “strengthened." And, while it acknowledged that inflation has risen, the central bank said it sees the increase as transitory. Fed officials have said they want to see inflation exceed their 2 per cent annual inflation target before they'd consider raising rates.

Google's parent company, Alphabet, rose 3 per cent after it said its profits doubled from a year earlier, helped by a surge of digital advertising revenue as more Americans shopped online during the pandemic. Visa rose 1.5 per cent after reporting solid financial results.

Investors punished several other companies that came up short with their most recent financial results. Boeing slipped 2.9%, while Spotify sank 12.3% after the music streaming company announced that subscriber growth had slowed more than expected.

Biotechnology company Amgen was among the biggest losers. It fell 7.2 per cent after its first-quarter profits and revenue fell short of analysts' forecasts.

Facebook rose 5.5 per cent in after-hours trading following the release of its latest earnings after the closing bell. Apple added 3.3 per cent in extended trading after the company's profit soared in its latest quarter on higher iPhone sales.

In another trading, benchmark U.S. crude oil rose 19 cents to $64.05 per barrel in electronic trading on the New York Mercantile Exchange. It gained 92 cents to $63.86 on Wednesday. Brent crude, the international standard, advanced 23 cents to $67.01 per barrel.