Covid May Become like Common Flu in 10 Years, Study Suggests 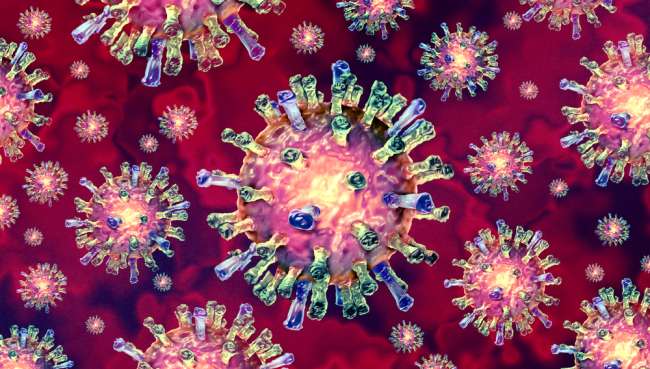 According to a study, the novel Coronavirus implicated for Covid-19 could cause nothing more than normal cold-like coughs and sniffles in the next decade.

This likely forecast is based on mathematical models that combine lessons learnt from the current pandemic on how our bodies' immunity evolves over time, according to the study, which was published in the journal Viruses.

"This shows a possible future that has not yet been fully addressed," said Fred Adler, a maths and biological sciences professor at the University of Utah in the United States. "As populations develop immunity, the severity of Covid-19 may decrease over the next decade," he stated.

Changes in the disease could be caused by changes in our immune response rather than changes in the virus itself, according to the study. Although the SARS-CoV-2 virus is the most well-known, other seasonal Coronaviruses also circulate in the human population and are less harmful.

According to the researchers, some data shows that one of these cold-causing relatives was previously severe, producing the late-nineteenth-century "Russian flu" pandemic. Because of the similarities, experts wondered if the severity of SARS-CoV-2 would reduce with time as well. They created mathematical models based on data on the immunological response to SARS-CoV-2.

Assessing numerous scenarios and their variations reveals that over time, a growing share of the population will be predisposed to mild disease. "At the beginning of the pandemic, no one had seen the virus before. Our immune system was not prepared," Adler explained. The models show that as more adults become partially immune, whether through prior infection or vaccination, severe infections all but disappear over the next decade, the researchers said.

Children, who are naturally less prone to severe sickness, will eventually be the only ones who are exposed to the virus for the first time, they added. As per Adler, "The novel approach here is to recognise the competition taking place between mild and severe Covid-19 infections and ask which type will get to persist in the long run. We have shown that mild infections will win, as long as they train our immune systems to fight against severe infections." The models, according to the researchers, do not account for every possible influence on disease progression. Covid-19, for example, could deteriorate if new viral strains overcome partial immunity, according to the researchers.

The team also stated that these predictions will only be accurate if the models' fundamental assumptions are correct. The next stage, according to Adler, is to compare our model projections with the most recent disease data to see which way the pandemic is heading as it unfolds.