Home Talking money  »  With Extended Lockdown, Economy Is In Limbo

With Extended Lockdown, Economy Is In Limbo 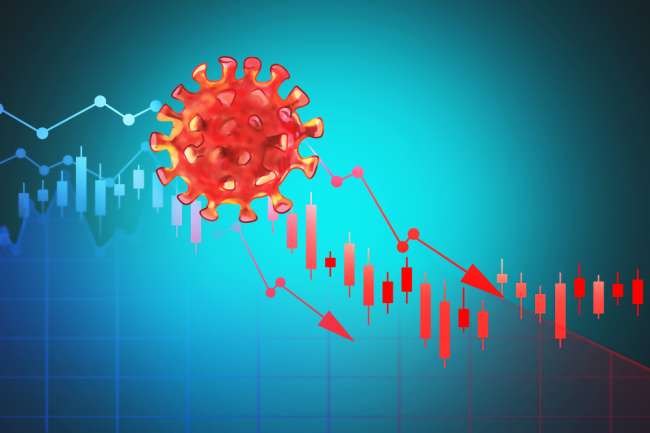 With Extended Lockdown, Economy Is In Limbo
Deepika Asthana - 21 April 2020

On April 14, 2020, Prime Minister Modi declared that the 3-week national lockdown, will be extended by almost three more weeks to May 3, 2020. This step has been taken to flatten the COVID-19 spread curve. PM Modi stressed that monitoring will be higher over the next seven days, but gradually, from 20 April onwards, select economic activity may be allowed in areas where there are no COVID-19 cases, or where the proliferation has been contained.

There is a drastic decline in trade, largely precipitated by the supply tightness caused by China under lockdown and the subsequent lockdown in India. This supply impact has occurred during a seasonally strong month, making the YoY decline more optically severe. Trade deficit for the month of March 2020 was $9.7bn as against a deficit of $11bn in March 2019. A sharp decline in jewellery deficit was offset by an increase in oil deficit. On the other hand, exports fell by 34.6 per cent YoY - the decline in exports has been mainly due to the ongoing global slowdown, which got aggravated due to the current COVID-19 crisis. The latter resulted in large scale disruptions in supplychains and demand leading to a massive cancellation of orders.Imports fell 28.7 per cent led by categories across the board. The biggest decline came from gold, precious stones, machinery and petroleum.

The economic costs of the lockdown are mounting. Many economists believe that ~50 per cent of consumption and other activities will be impacted. 6 weeks of national lockdown followed by another 6 weeks of partial lockdown in hotspotsmay lead to ~12 per cent Gross Value Added (GVA) loss. However, a large chunk of this is expected to be recovered once economic activities restart completely. Inventory restocking demand coupled with demand from consumers will ensure that the economy recovers some of the lost output. It is expected that the manufacturing sector would do better than the services sector in the initial phase of recovery. People would continue to maintain some form of social distancing, which may impact services sector.

Several measures that have been announced by the government and the RBI would lead to an increase in fiscal cost, which is likely to rise rapidly. It is important to see where this funding is going to come from. Last week saw the bond yields rising rapidly as the central and state government borrowed heavily from the market. There may be a requirement for direct monetisation of fiscal deficit by the RBI. The Indian government spend on healthcare is low compared to developing nations. The gap is huge. This is the time for the government to evaluate its finances and increase the outlay on health infrastructure.