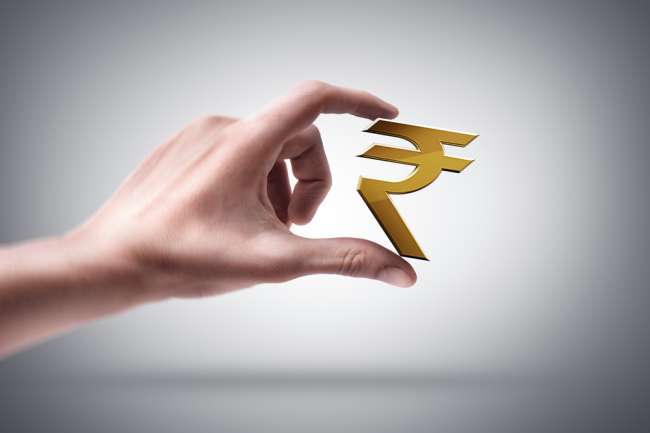 All global agencies are predicting a global recession, the deepest one seen since World War II. This has led to a surge in risk aversion and a flight of capital from many developing economies. India has witnessed a similar fate in the last two to three months since the onset of COVID-19. March 2020 has seen the largest foreign portfolio outflow of $14 billion, double the amount that was seen during the taper tantrum of 2013. The trend has continued into April 21, 2020 (outflow of $1.19 billion) as well, albeit at a slower pace. This outflow has led to a depreciation of rupee against the dollar which currently trades at ~76.68. Despite these large outflows, the Indian currency has outperformed most of the emerging market currencies. The reasons for this outperformance can be attributed to an improvement in external sector fundamentals due to lower crude prices and perceived strong FX intervention by the RBI. The oil price collapse will have a large bearing on India’s current account. As per estimates, every $10 per barrel decline in crude prices improves the current account by 0.4 per cent to 0.5 per cent of GDP. Even once the lockdown is over the market expectation is that the crude prices would trade in the range of $30 to $40 per barrel over the next year or so. The gold imports are also down significantly. These factors may lead to a current account surplus situation in 2021, a feat last seen 17 years ago in 2003 to 2004. In a situation of capital account surplus and the accumulated forex reserves, India would have a meaningful buffer to deal with the capital outflows.

India’s gross and net international liabilities are 39.7 per cent and 15.7 per cent of GDP, respectively. The portfolio investments held by FPIs, which is the most vulnerable component of international liabilities, are relatively modest compared to other countries in the region. India has learned its lessons from the past and ensured that it is in a better position to deal with such external situations. However, an area of concern that still lingers is high External Commercial Borrowings (ECB) by corporates in the wake of tight liquidity conditions prevailing in the Indian debt market post-IL&FS collapse. ECB has as a percentage of GDP has increased in the last few years.

Gradual and calibrated depreciation of the rupee would act as a safety valve as this would reduce the risks of speculative pressures building against the currency and ease monetary conditions, ensuring that the economy does not lose its competitiveness.