Review The Risks To Dabble In Debt

Home »  Magazine »  Review The Risks To Dabble In Debt 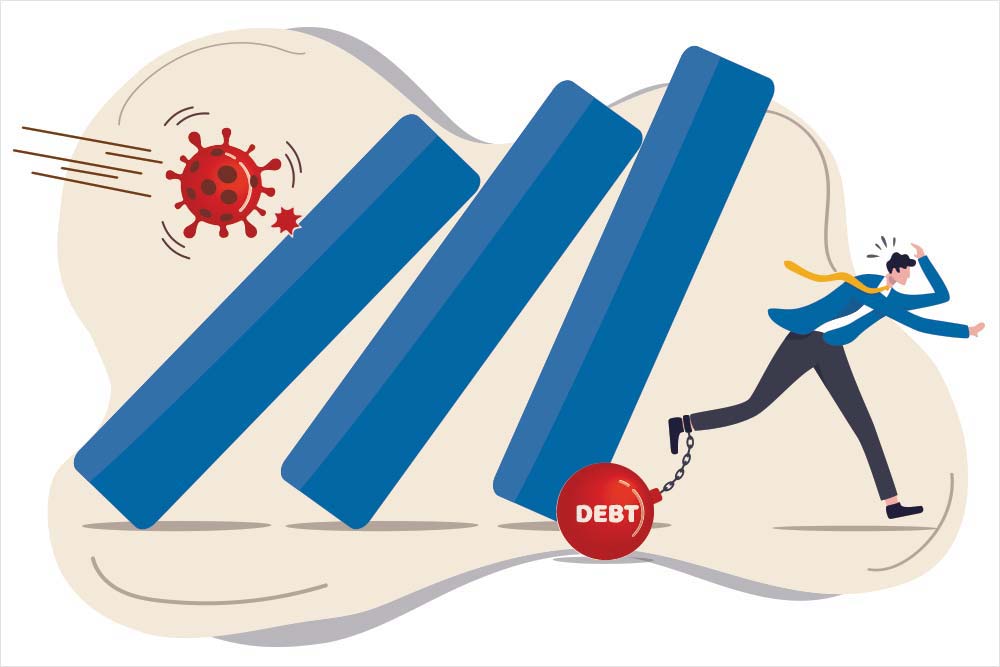 “Remember wherever your heart is, there you will find your treasure.” Paulo Coelho’s famous words sum up the dilemma that the average debt investor faces at this very moment. The purveyor of debt, forever seeking his treasure (read: optimise his gains), is bedevilled by the central poser: should he follow an accrual strategy or should he adhere to duration?

The question is embedded in the two primal risks that all debt allocations are potentially subject to. One set of risks arises directly from interest rate variations, while the other is generated by credit quality (or the relative absence of it).

Adverse interest rate movements can certainly damage even the most well-constructed debt portfolio, a phenomenon we have seen on several occasions in the recent past. Yields have, in the very latest instances, changed significantly, and a large number of investors have suffered from a marked decline in valuations.

On another front, the general creditworthiness of Indian companies, including a few well-known players, has of late taken a beating. There has been a series of defaults, not to mention quick rating downgrades. Non-payment of interest and non-repayment of principal have resulted in screaming headlines in every case involving a high-profile borrower. Signals generated by credit rating agencies have compounded investors’ worries.

A quick background check will give you a better sense of direction here. We all know that debt allocators chiefly rely on two tactics, accrual and duration, in order to maximise their returns from the market. Investors, especially those who wish to dabble in debt for the first time, must have a clear understanding of both strategies. Else, they may end up taking wrong decisions. So here goes.

Duration: The key element to watch out for is “interest rate”. A lot of gains can be potentially derived if the interest rate scenario remains benign for investors. Debt allocators need to take intelligent calls in view of rate changes if they wish to master the game as it were. In an actively managed debt fund, for instance, the fund house goes in for what may be called “duration management”

Accrual: The strategy here is somewhat simpler, although discerning quarters may well underline the inherent perils stemming from the practices prevailing in the market. The debt specialist concentrates on securing interest income from the basket of securities he has purchased. In other words, accrual is primarily about interest earnings.

More on the two

Let us imagine a situation where a debt manager thinks that interest rates will remain under pressure with a definite bias towards an imminent decline. He is then likely to retain a relatively long position (compared to the benchmark). This can be done by allocating to longer term securities. The aim is simple: optimise his gains wherever feasible.

Here, you have to remember the age-old dictum that rules debt markets everywhere — interest rates and debt prices have a rather peculiar relationship. When the interest rates decline, debt prices usually tend to advance. This inverse association never fails to set the tone for the market.

Therefore, a fund manager is normally expected to do the opposite when he knows for sure that interest rates are set to advance over a period of time. He then maintains a comparatively shorter duration in relation to the benchmark. Once again, duration management becomes a necessity.

Whichever way the rates tend to move, the smart manager is expected to take intelligent calls. The view he adopts determines purchase or sale of securities — and, as everybody will agree, only the right sort of securities can separate the men from the boys.

On another front, let us consider a manager who hopes to gain from attractive coupon rates offered by his holdings. Credit ratings come into play here in a big way, and possible mismatches in credit quality is a critical factor to watch out for.

Re-ratings are also a major element for debt players, who remain very vigilant on this front. A company with a relatively modest rating can add significantly to stature when it crawls up the chain. At the other end of the spectrum are downgraded companies, which lose their status. Downgraded securities, especially those that are not even AA, generally have a terrible time in the market.

A well-rated borrower enjoys privileges that its poorly-rated counterpart does not have. And an AAA-rating, more popularly known as Triple-A, is truly feted in lending circles. There are, incidentally, not too many Triple-A players in the country’s debt market at the moment. The likes of HDFC, which has enjoyed its AAA status for more than two decades, are rare indeed.

The average debt specialist is likely to pursue both strategies with a view to get the best out of the market. In an ideal scenario, as an investor (perhaps as a manager’s client), you will look for both strategies to work. That means, you will not only seek regular interest income from your portfolio, but also try to leverage the interest rate movements that affect your holdings.

A caveat — in the case of a typical “managed product” (such as, an actively-managed debt fund) — there is little by way of guarantees or assurances. The securities regulator, in fact, forbids debt funds to provide assurances of any kind. So neither capital appreciation nor dividend (that is, income distribution) is ever assured.

At any rate, there is nothing called a guaranteed product in the world of funds. These days, guarantees are purely for conservative investors, particularly the sort that runs after fixed deposits offered by banks and corporates. I hope to discuss this on another occasion with you.

Debt funds, quite a range

Do you know there are more than a dozen categories of debt funds in the market today, as classified by the securities regulator? Well, based on their maturity and other key elements, the realm of debt funds can be split into the following major classes:

A few other categories have been named as well. Gilt funds, dynamic funds, corporate bond funds, credit risk funds and banking and PSU debt funds take up the rest. I may have missed one or two, but I must advise investors to explore the relative merits of each category before they bring out their cheque books.

The author is Director, Wishlist Capital

Soon To Be Retired, Not To Be Risk-Shy

Being Early Is The New Smart