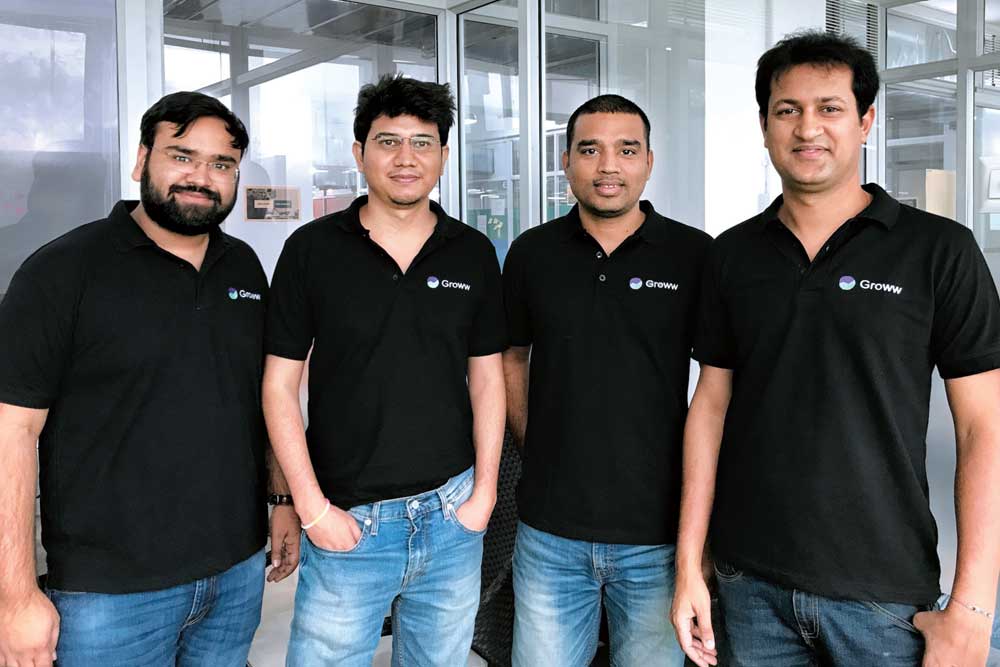 Palkar is a typical millennial, almost leading a paycheck-to-paycheck lifestyle. Loves indulging in the finer things; shopping, eating out, hanging out with friends eats up her salary substantially.

As far as financial investments are concerned, Palkar feels she still has time to ‘start’ thinking about the future. However, she resorts to recurring deposits on and off and is ‘thinking’ of investing in equities.

Millennials’ investment patterns are different. Most of them believe in living the moment and their financial investment goals are also driven accordingly.

Bestowed with the largest millennial population in absolute terms globally, India is one of the youngest major economies. This young populace has significant spending power, responsible for driving consumer markets and often leading to disruptive advancements. They make use of technological advancements extensively. These trends are major determinants that wealth managers need to keep in mind while selling financial tools and products.

While many organisations, especially fintech companies have been able to tap this to some extent, this Bengaluru-based investment platform seems to have nailed it. Aptly named Groww, this fintech company has been focusing on the idea of growing one’s money with the main focus on young investors. Founded in April 2017, by four young, bright minds, Groww has been successful in tapping the mutual funds investment space.

A few years’ back, four ex-Flipkart employees coming from a mix of engineering and management background, chose to focus on the mutual funds investment scenario within the country. To their surprise they found that, despite having a more than four decade long history, penetration of mutual funds investments in India was abysmally low. Further research, led them to realise that only a very small fraction of Indians was active about financial investment. The founders figured out, one of the major reasons was that, India’s financial sector has largely remained complex and also lacked transparency. Also, they realised that, Indians have the necessary capital but, somehow they were not investing in proper wealth-creating products. Understanding that there is a need for an organised tool in terms of financial investments, Lalit Keshre, along with three others, Harsh Jain, Neeraj Singh and Ishan Bansal launched a new organisation named Groww.

An electrical engineering graduate from IIT Bombay, Keshre is the Co-founder and CEO, who manages product and customer experience. Before starting Groww, Keshre was employed with Flipkart where he spearheaded products like Flipkart Quick and Marketplace. Harsh Jain, Co-founder and Chief Operating Officer, heads business expansion and human resources. An AMFI-registered financial advisor, prior to joining Groww Jain worked as a product manager at Flipkart. He holds a B.Tech and M.Tech from IIT Delhi and an MBA from UCLA, Los Angeles, USA. The third Co-founder Neeraj Singh, also an engineer focuses on product development and customer research while the fourth founder Ishan Bansal heads the finance department. A mechanical engineer from BITS Pilani and an MBA from XLRI, Jamshedpur, Bansal managed corporate development at Flipkart before coming on board at Groww.

As an investment platform, Groww allows customers to invest in mutual funds including systematic investment plans (SIP). It offers direct plans for mutual finds to facilitate investing in a web platform as well as mobile application in partnership with a total of 34-fund houses. Commenting on Groww’s development story, Keshre, one of the founders, said “We challenge ourselves every day with how to keep Groww simple for new investors, while adding more products and functionalities.” He further stated that, their long-term goal is to make anything related to finance extremely simple and transparent for users while providing them the best user experience.

Speaking about organisational values, Keshre pointed out that, Groww’s top priority remains offering absolute amazing customer experience. “We had to do a lot of experiments in order to finally come up with the best possible user experience that we promised to deliver. Since we deal with people’s hard-earned money, we took time to build a product that would, not only be user-friendly but also safe and secure,” said Keshre.

Groww leverages the technology of data science to build and scale communities that advise each other through their own practical experience to make investing simpler. It even uses cutting edge Machine Learning frameworks like Tensorflow and Pytorch. The fintech offers absolute transparent approach to mutual fund investing via a web platform. The operations are pretty simple. Keshre said that most of Groww’s customers come to know about the platform through word-of-mouth-marketing. However, he is quick enough to point out that social media and content marketing also go a long way in boosting Groww’s marketing strategies. Keeping in mind the same, the website’s blog section is updated on a daily basis. “We focus on engaging young users by regularly sharing educational content on financial investment in the form of articles,” confirmed Keshre. Even the website interface is quite friendly. Users come to the platform, sign up, finish furnishing their KYC details and then start investing. And if investor is already KYC registered, they can start investing right away. In case a user does not have their KYC in place, Groww even offers to do the same for them. The app has a feature named Groww Assistant that helps new investors choose the best mutual funds. Investors need to provide details such as mode and duration of investment along with the amount of money they want to invest. Other useful features include Filter and Calculator, which help investors to strategically filter their financial needs by smartly calculating investment amount with the other mentioned features.

When enquired after the cyber security, Keshre added they do not go about enquiring after unnecessary data from customers. Only basic information is asked in the sign-up form. “Since user satisfaction is of utmost importance, customers’ information is in absolute safe hands,” confirmed Keshre.

While initially the customer base was limited to Bengaluru and a few more metro cities, over time it has started spreading all across the country. Customers registering on the site from Tier II cities have also shot up substantially in the last few months. When asked about the demographics, Keshre confirmed that maximum customers of Groww fall within the age group of 22 and 35 years, most of who belong to the salaried class. Of late, the number of women investors in the platform has also increased substantially.

On the funding part, Keshre said that while they have been quite lucky with money matters, they are backed by American accelerator program, Y-Combinator and entrepreneurs Mukesh Bansal, and Ankit Nagori. Early this year turned out to be quite fruitful when Groww witnessed series A funding led by Sequoia India. The round also saw further participation from its existing investors such as Y Combinator, Propel Venture Partners and Kauffmen Fellows. The Bengaluru-based fintech startup now intends to use the funds to further enhance the technology platform, launch more new investment products and expand its customer base. Speaking about their expansion plan, Keshre said Groww intends to branch out to more investment products including stocks in the near future.

Coming to the corporate social responsibility part, Keshre said that while they are still brewing ideas on the lines, Groww definitely does its bit about promoting financial literacy. Knowing that financial literacy is abysmally low in India, the fintech not only promotes the same through its blogs but also resorts to educational video content. Every week, a video is shared on the website featuring a prominent industry expert (including CEOs) from the mutual funds industry who shares his insight about mutual funds investment. Over time, this forum has turned out to be quite popular among users as they get to directly raise their concerns and get their queries sorted from experts.

The founders’ hard work has been aptly acknowledged. Recently, the Bombay Stock Exchange recognised Groww for registering the highest number of transactions in a mutual funds platform.

In the end it can be said that despite caveats like mutual funds investments are subject matter to market risks and please read offer documents carefully before investing, the mutual funds industry has huge growth potential in India and so does Groww. So, if you are a young professional and looking to ‘grow’ your hard-earned money, you know where to turn!

You Can Compound: Redefine Your Financial Journey With The Power Of Compounding