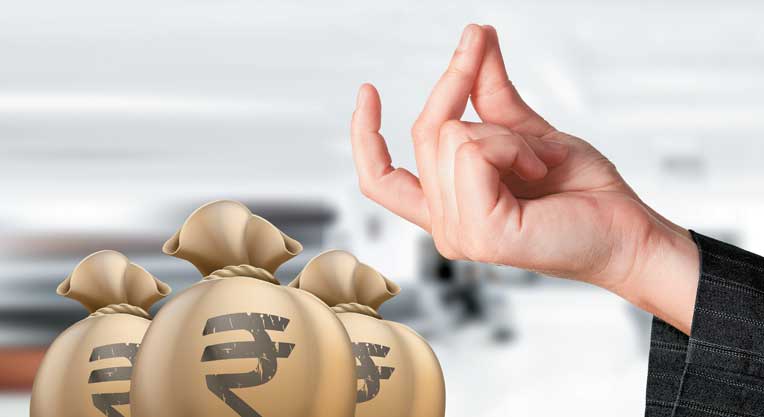 With the banks tightening their loose ends to curtail non-performing assets, often borrowing becomes a problem if one does not have a  good credit score. In such cases, peer-to-peer (P2P) lending comes to the rescue.

Though the concept has caught the fancy of people abroad, it is still nascent in India. But certainly people are treading that lane to obtain loans easily.

“A form of crowd-funding, P2P lending model is based on individual lenders or investors connecting directly with borrowers. It eliminates banks and financial intermediaries from the lending process, along with the long waiting periods, high fees, and margins that accompany traditional loans,” said Rajat Gandhi, Founder and CEO, Faircent, P2P platform.

Domain experts like Kalpesh J Mehta, Partner, Deloitte India, felt that P2P platforms are looking at becoming the new inter-mediator in the process by using disruptive technologies. “It is one such platform, permitted under the regulatory framework, where intermediaries in the lender-borrower paradigm have been  done away with.”

Speaking about all the rumours surrounding it, Harsh Roongta, registered Investment Adviser, said, “Whenever there is any new lending route, initially it gets an adverse reaction. But it has done extremely well elsewhere like in the UK and the US.”

“Over the past five years, the company (Faircent) has played a critical role in extending the benefits of financial inclusion to India’s vast under-served populace including the micro, small, and medium enterprises, as well as individuals who are new-to-credit consumers,” said Gandhi.

Adding to this, Dhiren Makhija, CEO, Cashkumar, one of Faircent’s leading competitors, said that early feedback from lenders indicated they wanted a smaller window and lower exposure as far as the risk was concerned. “They were looking for a meaningful month-on-month returns, which they could then re-invest. We decided to listen to our lenders and cater to a category, which was mostly under-serviced,” he added. Jyoti Prajapat of west Delhi could relate to this easily. No banks were ready to lend her a personal loan due to a low credit score. A desperate Prajapat started searching for an easy loan on the internet. She bumped upon a P2P lending website, which was ready to lend her money easily on a two per cent monthly interest basis. “I have already taken loans from P2P platforms for two-three times. They are not only helpful but their services are very good,” said Prajapat. Mehta pointed out, on a P2P platform, when a borrower is approaching the lender directly, his or her profile is available on the portal. This enables the lender to take a calculated decision on  the credit-worthiness of the borrower before agreeing to lend on the platform, unlike a typical financial institution where depositors or lenders to the institution have minimal say in the credit decision process.

First and foremost it is online and paperless. Hence at the very outset, it takes away the hassle of filling forms and heavy paperwork.

“Credit-worthy borrowers can avail loans at as low as 9.99 per cent per annum,” said Gandhi, adding that, “Since the entire process is online and hence not constrained by physical presence, Faircent covers the entire country. Currently, 74 per cent of loan disbursed through the platform are borrowers from Tier II and III cities, where the largest population of unbanked and under-banked Indians reside.” Makhija said, “Unsecured personal loans as a segment can be sliced into distinct markets based on the tenure. There are loans given for periods between one and five years with loan amounts ranging between Rs1 and Rs20 lakh. This is an ideal playing field for banks targeting individuals with large needs as they can offer lower interest rates and bigger loan value.”

On the other end of the spectrum, you have salary advances which are provided for a month or slightly more, with amounts ranging in few thousands. “While there is a large market for such loans, the threat of default is also higher, which would not fit in with the agenda of an individual lender. Short-term loans, as offered by Cashkumar, are advanced for three-12 months with a maximum cap of Rs1 lakh. Individuals can take exclusive or bridge loans and pay them off quickly.”

On Faircent.com, 62 per cent of the lenders investing are below the age group of 45 years. On the borrowing side, 65 per cent of the borrowers were below the age of 35 years. Echoing this view, Makhija added, “Our experience shows that a young borrower generally between 25 and 35 years of age tends to use Cashkumar to get loans while lenders are typically older averaging around 40 years,” said Makhija.

RBI in a recent circular had said that P2P should come under NBFCs. The apex bank had issued regulations in the month of October 2017 to define P2P lending and invited applications to issue licences. “Companies working in the space, licenced by the apex bank, would be recognised in a new category as NBFC-P2P. Pertinent norms have been laid down to protect the interest of lenders investing on various platforms. The companies themselves need to have a corpus of net owned funds to demonstrate they are a solid business. Transactional guidelines have been defined, which stipulate financial flows through escrow accounts,” said Makhija. The  P2P lending sector is regulated  by the RBI.

Globally, P2P lending has become a large and fast-growing industry competing with the traditional banking sector and has also emerged as a viable credit source for borrowers and a lucrative investment instrument for investors. Gandhi said, by 2050, the global P2P lending industry is expected to be worth nearly $1 trillion. The Indian P2P lending market, while smaller than some of the leading markets in the world, is expected to be influenced significantly by global developments as well as those in the domestic market. “At present, valued at $3.2 million, the P2P lending sector in India is projected to be worth $4-5 billion by 2023. The segment has completely disrupted the consumer lending and asset class categories in India.”

“Growth predictions for the P2P industry are tremendous and most experts feel this is the next golden child of the Fintech sector. India has a large informal lending segment, which is highly localised. So, the market is already present along with a lending philosophy. What P2P players will do is, make this a nation-wide play with the help of technology,” said Makhija. He added that the RBI regulations will now also prevent a lot of ills, which have plagued the sector in various countries. Investors will have much more confidence in lending on the platforms.

Corporate Bond Market To Double In Next Five Fiscals