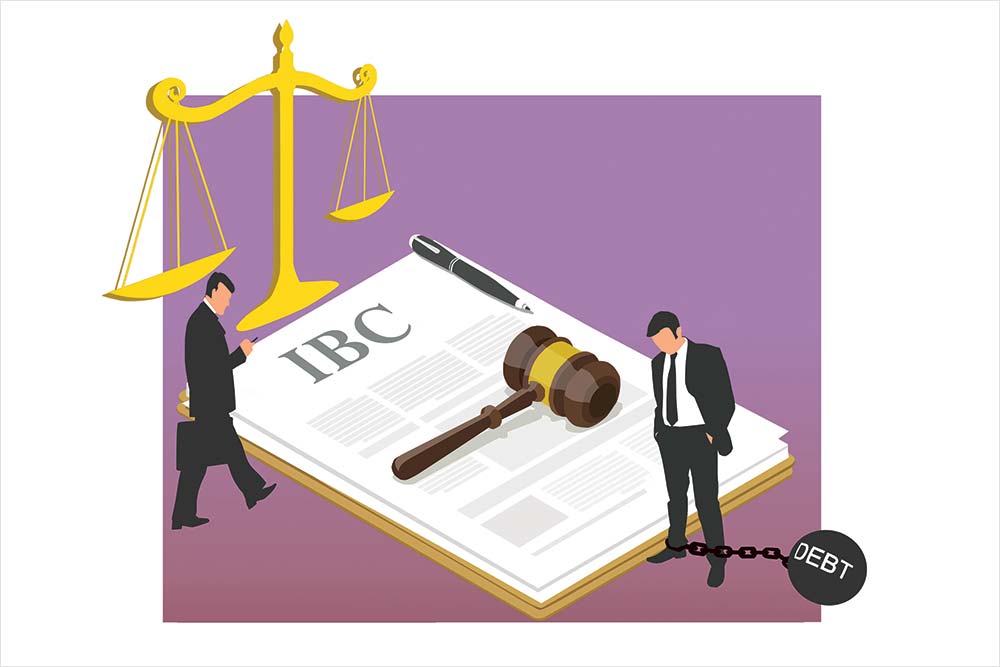 The Supreme Court in the Swiss Ribbons (2019) case said that before 2016 the Indian economy was a “debtors’ paradise”. The Swiss Ribbons Pvt Ltd-versus-Union of India case paved the way to the Insolvency and Bankruptcy Code (IBC), 2016.

It has swiftly brought in the concept of ‘commercial justice’ with legislation that brought about a revolutionary change in the landscape of Corporate India, which is the theme of my book titled, Emergence of Commercial Justice: Insolvency & Arbitration, published by Bloomsbury.

Earlier, a large section of corporate management ran companies like their sole-proprietorships. However, when it came to debt repayment, they would use the Solomon principle of a company being a separate legal entity and would smartly attribute the default to the corporate vehicle.

Delays In Resolution – The earlier legislation for the resolution of corporate insolvency nicknamed ‘SICA’ (Sick Industrial Companies Act, 1985) was a miserable failure in its implementation.

The Board of Industrial and Financial Reconstruction (BIFR) lacked tooth and delays in the appellate forums led to more sickness of the company.

A Fresh Beginning – The IBC, 2016 changed the scenario. In other words, it’s a fresh start in the insolvency resolution of corporate debtors. Three major departures from the SICA regime are apparent.

First, the incumbent management is shown the door within a few weeks of the petition being admitted by the National Company Law Tribunal (NCLT), and the resolution professional is made all-powerful during the resolution process.

The second major shift in the strict timeline (about one year with very little scope for extension) within which the resolution must take place.

The third significant shift is the closure of all doors for the incumbent managements from re-entering the corporate debtor.

What Led To The Change – The Supreme Court found IBC to be a break from the past and experimental legislation that deserves a chance.

The legislature is allowed more elbow-room in economic statutes and the lawmakers are given more free play in the joints. The courts follow the hands-off approach while adjudicating upon their constitutional validity unless manifest arbitrariness is proven. The onus would fall heavily on the petitioner challenging the statute. The apex court has applied this principle to uphold IBC 2016.

The debtors’ paradise and creditors’ hell needs to be changed in an economy where there’s commercial justice that never existed in India before 2016. Before 2016, we only had civil justice and criminal justice. The concept of ‘commercial justice’ is emerging in India with IBC 2016 ready for its second innings after the pandemic moratorium.

The author is a Senior Advocate, Supreme Court

MFs The Best For Any Tenure Of Investment

Elements To Help Identify The Best Loan App In India

Why Are Investors Choosing To Invest In The Khanna Gems Inventory?

YOLO! So Do It Responsibly