Financial planners never tire of asking us to buy protection, as life is hard to predict. But there’s no insurance against certain insidious challenges that only the human will can battle and overcome. Planning one’s finances diligently may help tide over the financial impact, but that’s only half the story. While clichés are not the best way to underscore the point, in this case, it wouldn’t be wrong to say “when the going gets tough, the tough get going.”

While it is easy to buckle under pressure, some people have the rare courage and resourcefulness to turn odds into opportunities. Outlook Money delves into the lives of four such women who chose to transform their lives against daunting odds.

It is not exactly easy to rebuild life after cancer, but Kanika Tekriwal went a step further and wrote one of the finest success stories in the Indian private aviation industry after she was afflicted with cancer eight years ago, at the age of 21. Today as the CEO and founder of Jet Set Go Aviation, Kanika helms a company that has the country’s largest fleet of private jets at its disposal.

For Sandhya Cherian, on the other hand, it was the sudden death of her husband from a massive heart attack that threatened to have a domino effect on her life. Instead of succumbing, Sandhya moved back from the US to her parents’ home in Chennai, and today navigates her way through a hectic life as mom and dad to her two children and steering administrative challenges as Vice President, Frontier Mediville, a bio-science park, and Director, Frontier Lifeline Hospital.

While being at sea can test your nerves, 48-year-old master mariner Radhika Menon hit the more turbulent spots in her career simply because of her gender. As one of the rare Indian women seafarers, she has spent a large part of her career being thwarted by male prejudice. Despite the bias, Radhika remained unfazed and assertive, and gradually earned the respect of her crew as well as the entire industry

In a similar test of endurance, Srividya Kannan, Founder- Director, Avaali Solutions, a niche consulting and technology services company in the information management space, decided to rely purely on her determination and her ideas to earn the trust of large enterprises.

The lessons these women learned from their challenges are time-tested and hard-earned. Much like them.

Never lose sight of your goals

Adversity has the power to derail our most cherished aspirations. But how we persevere through it all can spell the difference between great success and lifelong misery. In 2011, Kanika was having a laid-back ladies’ night-in with her mother, bingeing on junk food and laughter, when her medical test results arrived — stating she had cancer. “In a few minutes, my life was completely turned around and everything felt surreal,” she recalls. Though she spent the following two days absorbing the full impact of the diagnosis, she also realized that the only way to avoid falling into an abyss was by reminding herself of her goals. “I said to myself,” she says, “It’s time to defeat cancer. Fighting was my only option.”

Armed with raw tenacity, she battled her way through treatment, one optimistic visit to the hospital at a time. She utilized her bedridden days, not in self-pity, but in thinking up the details of the private aviation enterprise she planned to launch once she fully recovered. “I spent those eight months analyzing, planning and structuring my vision, and I made it happen. In the end, it’s all about making it happen.”

Powerpoint: Kanika says that the best way to triumph over a tragedy is to imagine you coming out of it not just as a survivor but as a winner. “Once I believe in something, my actions automatically work towards achieving it. So then the question was no longer, “Will I recover?” It quickly became, “Who will I be when I do recover?”

Immerse yourself in purpose, not pain

Sandhya has started a trust at her hospital that helps widowed and abandoned women pay for their daughters’ education. “I can understand their pain and want to do my bit,” she says. Her empathy stems from her own past — she lost her husband to a sudden heart attack while they were in the US. Returning to India, daughters in tow, involved multiple challenges of not just a shift in continents but also a change in lifestyle and cultural environment.

While the social stigma surrounding widowed women in India hurt her initially, she got over the taunts by ignoring them. She says, “Gradually, these comments made me realize who my true well-wishers were, and that toughened me up.” She devoted all her time to work, which kept her occupied. Above all, she found her greatest motivation to soldier on from her role as a single parent and the sole provider to her daughters’ emotional needs and security. 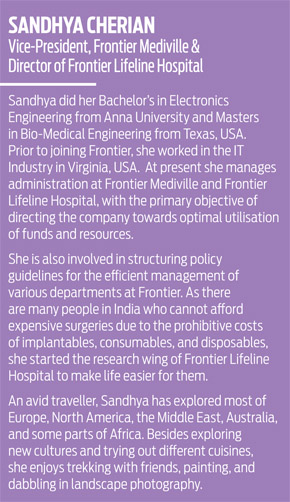 Powerpoint: According to Sandhya, it is important to be prepared for every tragedy. Though she has been putting money aside in a nest egg for many years, escalating costs also means she needs to plan more judiciously for her children’s future and still save enough for her own future. “I know I should consult a financial advisor. I would advise other women, especially single women, to be more serious about investing.”

Persevere through the worst

In her first few years as a radio officer on board a passenger ship, Radhika had to deal with frustrating skepticism from her male colleagues. She had to bring precision to everything that she did, to ensure there was no room for slip-ups. The resistance towards her got worse when she opted to become a navigating officer — the new role involved greater responsibilities and a more challenging work profile. Radhika worked doubly hard to learn everything. “I faced several challenges for being a woman, but my positive approach helped overcome everything and it helped me pursue my goal with more determination,” she says. 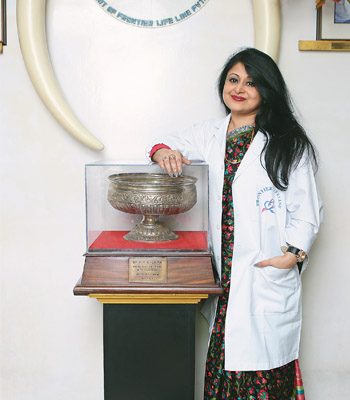 Powerpoint: It is not enough to react to a bad situation; a true winner is one who paves the path and demonstrates by example. Radhika co-founded the International Women Seafarers Foundation (IWSF), which promotes and supports women seafarers in their sailing careers, and also encourages and counsels them to join the profession. 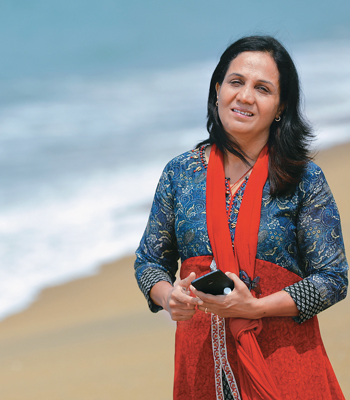 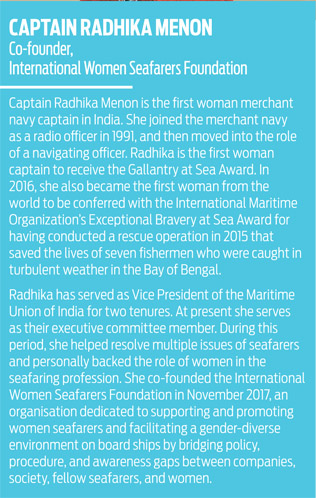 Save away to your dream

When Srividya launched Avaali, a bootstrapped organization, it was tough to simultaneously juggle the multiple facets of finances, customer acquisitions, and talent attraction — all of that while making sure her organization could prove to be a trusted partner to large enterprises. Diligent financial planning helped her build a corpus that she has been using for her startup. “I have been investing 60-65 percent of my portfolio in direct stocks and mutual funds with a long-term perspective and the rest in more balanced instruments,” she says. “Over the long term, it has given me decent returns.” 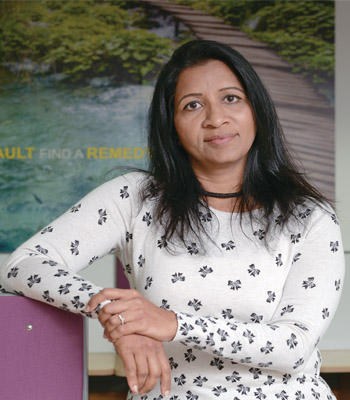 Powerpoint: When your world has gone into a spin, you need stability to restore your perspective. Work towards stability even if that means a slightly longer waiting period. Srividya, for instance, chooses to keep Avaali growing out of her own funds, opting to grow at a slow but steady pace.

Dealing with a rough spot or a tragedy does not mean suppressing your stress under hard work and career goals all day. It is important to seek joy in all that life has to offer. Radhika, who spends long durations aboard a ship, had to walk a tightrope after her son was born. Instead of being overwhelmed, she found a middle ground. “Shipping Corporation of India, my employer, assigned me on a passenger ship that was plying between Kochi and Lakshadweep. After three days of sailing, we would be in Kochi for two days.” She was given this assignment on an on/off basis until her son was four or five years old. While her family is often allowed to accompany her on board, her mother-in-law takes care of her son when she is away, and Radhika makes sure she is home for her son’s exams and family vacations.

Powerpoint: Women pursuing their careers in full earnest are often ensnared by guilt. The trick, Srividya believes, lies in spending quality time with your loved ones whenever you can: “I’d rather outsource the cleaning tasks at home and sit with my daughter when she is studying, while I read a book. Even if we are both engaged in our own activities, the sheer presence of each other gives us peace and calm.”