Employment, for an average Indian, is still one of the most important criteria for leading a personally satiable life. The fifteen years of formal education that one goes through is more often than not expected to transition itself into a fruitful job. However, the past few months, especially the fifth month of the year have witnessed noisy hue and cry over the unharnessed spate of job cuts. A sizeable number of employees across most sectors have either been laid off or are living in the insecurity of losing their bread-earner soon.

In the wake of this virtual chaos in the job market, one needs to understand that it’s not the first time that jobs are being axed neither is it going to be the last.

“I was working in a healthcare major’s research department until 2012, when my department’s functions were outsourced. We were given a month’s notice and the firm also helped my colleagues get another job. I managed the transition on my own into another healthcare company and have been working there ever since. Lay-offs are a reality now and employers do recognise this fact,” recollects Mugdha Gupta who continues to work with a healthcare firm in Mumbai.

Gone are the days when one received both, the appointment letter and a retirement farewell from the same organisation. With automation coming in, workplaces are witnessing changes in environment. Job losses and switching jobs are an existent reality in the employment sphere.

“We were told that they are in a process of internal overhaul. They are into automation of a few wings because of which jobs are on the cut. Also, most of the clients are getting into cloud operated softwares, Indian industry for which is yet to be ready,” said a former employee of Wipro, requesting anonymity. He was laid off last month with three months severance.

Though automation is one of the main reasons for downsizing of jobs, constant upscaling of skill sets is a major factor for retaining employability. Jobs that were once considered mainstream have been wiped off the classified pages. Content writers are hardly hired anymore; most of them are being freelanced. Stenographers have failed to sustain their place in the technologically upgraded environment. Individuals employed for a certain job are being laid off because they are no longer needed or there are fresh graduates coming up with multiple skill-sets working on the same payroll.

“I had five more years to go before my retirement age but I was asked to voluntarily retire with reasons such as excess staff. I have my colleagues in other departments who have been instructed to do the same. When asked, the higher authorities stated reasons such as age, need of a relatively new skill-set among others,” said a commercial parcel department employee of the Indian Railways posted in Howrah, West Bengal.

Moving on and fending for oneself

With as many people being laid off in the recent past, it would be illogical to believe that all of them remain unemployed. While some of them secure jobs in a short span of time, others take longer. “I have been a reporter with respectable organisations in the media industry with decent years under my belt. I lost my job in February, 2017 and have not been working since. My finances are slowly taking a toll but I’m sure I’ll find a job sooner or later,” said a media professional based in New Delhi who did not wish to be named.

However, as healthy as an Asparagus may be, it is always bitter to bite. Taking job loss as a natural progression is easier said than done. “Culturally, Indians are not used to getting fired. I had to be a witness to the not-so-attractive side of human behaviour wherein I was constantly questioned on my choice of career and at times cynically as well. There were people who were sarcastic about me being a financial advisor. However, this is where one needs to hold the fort. The most important aspect after losing a job is to talk it out. The initial first month passes by in a state of shock. At this point one needs to decide the future course of action and be ardent about his/her decisions,” said Ashish Chadha, COO, Chadha Investment Consultant Pvt. Ltd who had quit his prestigious job as a Major in the Indian Army.

Being satisfied with a single source of income is what can get risky when the primary source of money is suspended for an extended period of time. Unaccounted expenditures and spending all one earns may sound lavish and suave, but leads to grave troubles once the monthly paycheck stops. Financial discipline inculcated right from the early days can bring some respite in the income-dry days. “The aim should to be to keep a six month to a year’s corpus in the form of liquid fixed income with the uncalled for occurring of a job loss in mind. This adds a lot of value to the financial health when the regular source of income is subdued,” adds Chadha.

Apart from building a robust financial backing through saving and investing, one must also look for opportunities to manage alternate sources of income. This provides a cushion till the time the primary source of income remains unproductive. Planning ahead of time is the key to ward-off financially testing times.

“We need to plan our finances well—save in a disciplined way and invest in a manner that will get decent returns. We should know what depreciable and appreciable assets are. Never waste money on depreciable assets. Postpone foreign holidays for the time being. Look at investments and review them. If returns can be improved look at short-term funds than bank fixed deposits. Look at balanced funds as an option to generate a regular flow of income. Pay off your house EMI as early as possible. While anyone can encounter job loss at any time, careful planning of investments can help investors to tide over difficult times. Never keep expensive personal loans under your belt at any point of time,” recommends A K Narayan, certified financial planner and CEO, A K Narayan Associates.

Change is the only constant

Changing times also require changing strategies for survival, wherein one has to hone his/her skills in line with market requirements. Being employable is now a bigger task than getting employed. With the advent of automation and changing needs for both, the companies and the respective clients, it becomes more than necessary to ensure an overall quality-upgrade check. One cannot expect to stick to the same job and spend his/her entire grey years without keeping track of the changing pace and face of industries across all sectors.

Taking up professional courses that shall not only provide a hedge over usual qualifications but will also help pull your socks in the areas you are already qualified in. Collaborative efforts of younger colleagues with relatively experienced ones can help the latter stay abreast of the latest additions in skill-sets along with the former benefitting as well. Being open to changes and displaying flexibility are important factors in keeping one’s place cemented in an organisation.

Love your job more than your company

All said and done, one needs to understand that jobs don’t come with a guarantee and warranty scheme and that failing to retain one is no reason to feel bogged down or cheated. As they say, “it’s not so much about how you fight but it sure is about how you prepare and what you do when you lose.” Apart from developing your skills and remaining employed, maintaining a positive outlook is also important.

The key is to love your job and not only your organisation. Your organisation can find someone younger, cheaper or faster anytime. The only given you have is your expertise in your work. By being the best available, you don’t have to worry much during a job loss as long as you have been financially savvy while you were employed. On how to manage the financial instability even if you lose out on a job, keep reading Outlook Money. 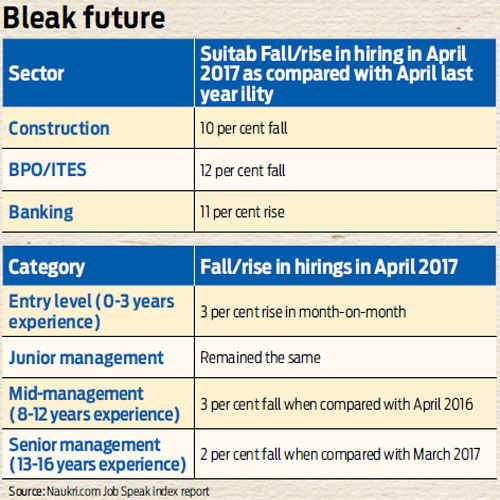 When you lose your job

Job loss can be stressful not just for you, but also for your family members. Instead of wallowing over the loss, you should accept the situation and go ahead with what life has in store for you. A piece of advice – do not burn bridges with your employer, even when parting in unfavourable terms. Here are a few pointers to consider before you leave your old job:

Meet the HR and administration to review what you are entitled for and how the benefits will reach you. 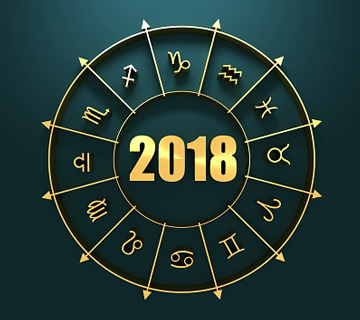