The Cryptic Fate of Crypto Currencies

This asset class is fairly new and takes time to mature, making it volatile as price discovery takes time 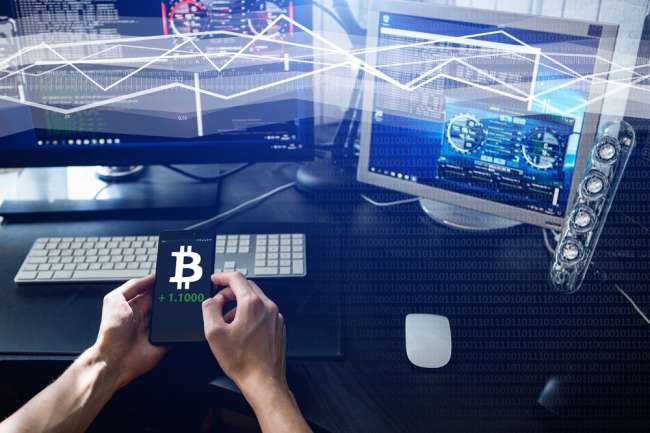 The Cryptic Fate of Crypto Currencies
Jaya Vaidhyanathan - 22 May 2021

Ever since their debut, a decade back, cryptocurrencies have caught the fascination of a section of investors and traders, as this signaled the birth of a new asset class, and new currencies, something that doesn’t happen every day. Cryptos are now touted to be a store of value, a medium of exchange, widely recognised in a society, and finite in nature. Ironically, the traditional, central bank-issued currency is increasingly seen as not obeying these cardinal laws of currency, which is what is pulling the masses into cryptos. The below diagram depicts this conundrum.

Now, crypto markets have been a sea of red for the past few days, when most cryptos have about halved in value, including a gut-wrenching 30 per cent fall for the leading Crypto, Bitcoin, in a single day. Attributed to China’s ban on cryptos this week, as well as Elon Musk’s tweets regarding not accepting Bitcoin as a payment mode for Tesla car purchases, the fall has shaken the confidence of many in cryptos. In this situation, it is worth analysing what this means for three classes of investors:

Those Who Invested in Cryptocurrency

While serious erosion of one’s wealth in a short span of time can be distressing, savvy investors would do well to continue in the market, and if possible even buy the dips. This is because such extreme volatility is part and parcel of the crypto market, due to the following reasons:

1. Crypto is a brand-new asset class that’s yet to mature, which makes it inherently volatile as price discovery takes time.

2. Crypto market has 100 per cent digital native investors with social media accounts, which is why a tweet can quickly lead to a crash or a spike, with impact running into billions of dollars.

In such a scenario, it can be taken for granted that those who are invested in cryptos have the stomach for volatility. Indeed, Bitcoin has fallen by over 40 per cent about 10 times in just its one decade of existence. The falls have been for reasons as varied and weird as regulatory bans, hacks, celebrity tweets, but the important thing to note is that after every such fall, the crypto has gone up to touch new all-time highs. In fact, while a 20 per cent fall in equities is called a crash, a 50 per cent fall in cryptos is termed a mere ‘correction’. An investor who bought Bitcoin a couple of years back is sitting on 5x-10x gains, even post the 50 per cent crash this week!

Those Who are Actively Considering Investing in Cryptocurrency

Investors who have met success in asset classes such as equity and debt can dabble in cryptos, with precautions including:

1. Not going all in at once (to avoid catching the crypto at a top).

2. Maintaining a separate bank account for crypto trading (to ring-fence from potential regulatory problems till the time regulators themselves figure out how to handle cryptos). For instance, In India, the RBI stopped banks from serving companies dealing with cryptos in April 2018, effectively a ban on cryptos, which was overturned by the Supreme Court in March 2020.

3. Trading only with established cryptos like Bitcoin, Etherium, instead of trying out every new fancy crypto, as there could be problems like lack of liquidity, or even sustainability of these new coins. There have been a few instances of crypto investors losing invested money after the founders of these cryptos died.

4. Deal with well-established trading platforms, as the huge volatility spikes and unimaginable leverage offered by these players, could kill not just investors but also trading houses that may not have sufficient risk management processes in place. For instance, WazirX, India’s leading crypto exchange, was down for many hours this week due to a high load on its servers caused by panicky investors scrambling to sell their holdings.

It is a fact that the mining of cryptos consumes a lot of electricity, enough to power entire countries, which potentially makes the entire concept unsustainable. It is also a fact that not everything limited in supply is valuable. Hence, conservative investors may take the view that cryptos are just a fad that may die soon, and could stay away. However, with cryptos being treated as an asset class, those invested in other asset classes need to track this for spillover effects, like:

1. Market Expansion Leading to Movement of Funds: The crypto market has grown tenfold from 2015 to 2017, and twentyfold since then till today, at $2 trillion. Beyond a point, even institutional investors could be forced to look at this as a potential investment avenue, which could lead to capital outflow from traditional assets like equity and real estate.

2. Margin calls: In the face of a sustained crash in the crypto markets, investors may rush for cover by liquidating their holdings in other asset classes like equities. This is another possibility traditional investors need to be aware of.

The author is CEO, BCT Digital