e-RUPI is a cashless, contactless medium for digital payment. Let us see how it will work and what are its benefits 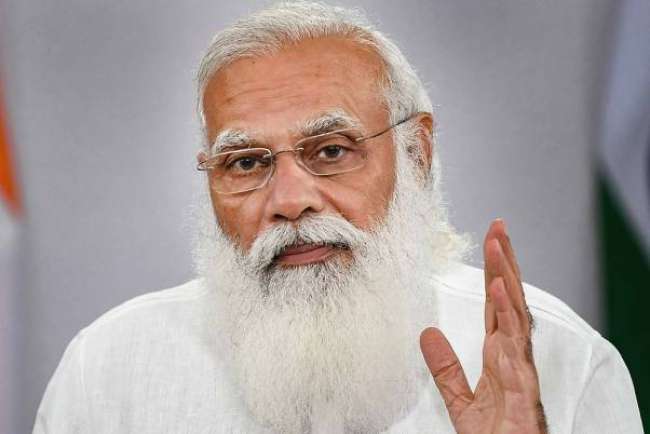 Prime Minister Narendra Modi, in an initiative to improve living standards through technology, announced the launch of e-RUPI, a voucher-based digital payment system, on August 2.

Developed by the National Payments Corporation of India on its UPI platform, in collaboration with the Department of Financial Services, Ministry of Health & Family Welfare, and National Health Authority, the program will ensure that the benefits reach its intended beneficiaries in a targeted and leak-proof manner.

“Digital technology is transforming lives in a major way and is furthering ‘Ease of Living’. At 4.30 pm, August 2, we will launch e-RUPI, a futuristic digital payment solution which offers several benefits for its users”, tweeted Modi.

e-RUPI, a one-time payment mechanism, is a cashless and contactless medium for digital payment, that is either in the form of QR code-based or SMS string-based e-voucher. The users can redeem the voucher at the service provider, without a card, digital payments app, or internet banking access.

How Does it Work?

Besides digitally connecting the sponsors of the services with the beneficiaries and service providers, e-RUPI assures timely payment without the intervention of an intermediary. Under NPCI’s UPI platform, both private and public sector banks will be onboarded as issuing entities. Once that is done, these entities will be approached by various government agencies with specific beneficiary details, the payment purpose, and other information. Once the beneficiary has been identified using their mobile number, a voucher will be specifically generated and delivered to the said person for redemption.

e-RUPI is different from virtual currencies as it is backed by the Indian currency as an underlying asset. In an attempt to bridge the digital loophole, the government is planning to implement a central bank digital currency or CBDC across the country.

The SMS voucher or the QR code in e-RUPI will have a pre-allotted sum associated with it and can only be used once by a person whose name it has been issued in favour of. Whereas, digital or virtual currencies can be used for any transaction.

Rupay debit card, introduced in 2012 by NPCI, is a plastic card that is issued by your bank where you have an account and can use the service for ATM withdrawals, online transactions, and card payments. Whereas, e-RUPI is an e-voucher-based digital payment solution.

Corporates can use e-RUPI to ensure the well-being of their employees and cover their healthcare and travel expenses.

Due to its contactless facility, beneficiaries are not required to carry a printout of the voucher and need not share their personal details while redemption.