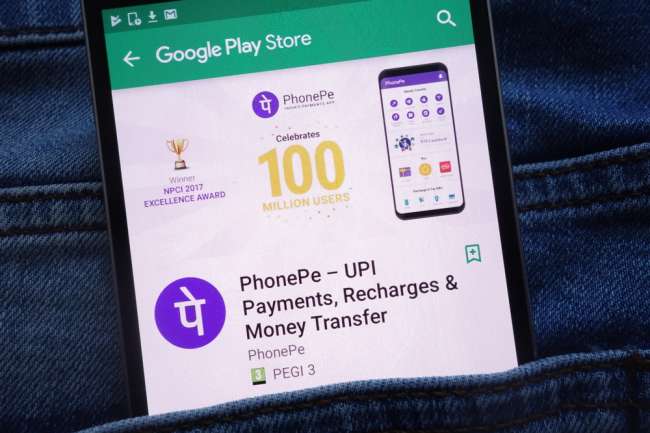 Fintech major PhonePe has allotted stock options worth USD 200 million (about Rs 1,458.6 crore) to its 2,200 employees, a month after the company was partially spun off from Flipkart.

In December, Flipkart had announced the partial spin-off of PhonePe, as the digital payment firm had raised USD 700 million in funding, valuing it at USD 5.5 billion.

At that time, Flipkart had said the spin-off would offer PhonePe an opportunity to create a tailor-made equity incentive or ESOP programme for its employees.

"In January 2021, we launched the PhonePe Stock Option Plan that gives every PhonePe employee the chance to own a part of the company. The USD 200 Mn plan allotted stock options to all 2,200 employees at PhonePe, enabling everyone in the organisation to benefit from its success," PhonePe HR Head Manmeet Sandhu said in a blogpost.

The company said it is committed to building an internal culture based on the inclusion and an abundance mentality and looking at removing the need for internal competition.

"Our compensation system aligns with this approach by removing variable pay based on individual performance for most roles. Instead, we use ESOPs to create the incentive for everyone to be invested in long-term organisational growth.

"By having ESOPs at a minimum of USD 5,000 for all levels, we enable every employee in the organisation to participate in the wealth generation opportunity..." the blog said.

PhonePe was founded by ex-Flipkart executives Nigam, Chari and Burzin Engineer, and was acquired by Flipkart in 2016.

In 2018, Flipkart was acquired by Walmart, and PhonePe was also part of the transaction.

PhonePe is in the process of adding another 700 people over the next few months, a company spokesperson had previously said.

Post the transaction in December 2020, Flipkart owns 87 per cent majority share in the hived-off entity with US-retail giant Walmart owning 10 per cent and existing investors, including Tiger Global Management, holding the remaining 3 per cent stake.