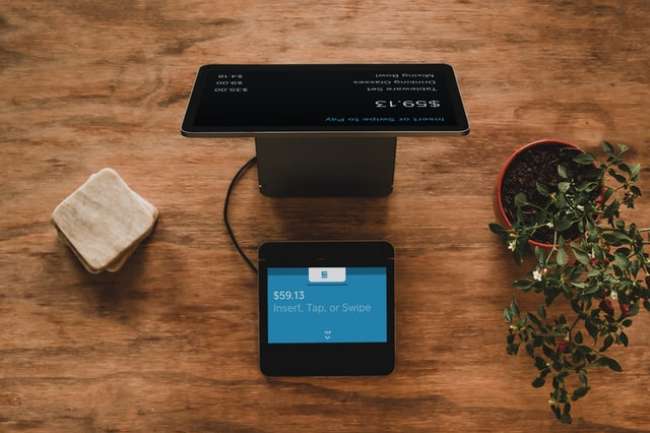 The last decade has seen the banking and financial services industry undergoing a sea change. The lending and banking models of the past have been redesigned and remoulded using the tools of the information age. Fintech started as a fledgling movement at the beginning of the decade and the sustained efforts of the proponents behind it have finally borne fruit.

The year 2019 was a big year for the Indian fintech space. It was the first time when Indian financial technology companies surpassed their global counterparts in raising funds. With UPI becoming an increasingly dominant force in facilitating digital payments, investor interest was largely focused on consumers facing mobile payment applications. We did see the first set of neobanks coming into the play and further digitising the customer experience presenting an alternate option to other financial incumbents. Even in general insurance space, we saw a tech-driven insurance company that could offer insurance at lower rates, thanks to their asset-light business model.

NBFCs also featured prominently with the rise of many tech-driven firms promising to provide quick and hassle-free access to finance by leveraging the power of technology. Other areas of disruption were personalised finance, point-of-sale (PoS) systems, stock broking and so on.

The Covid-19 pandemic served as the ultimate catalyst for the nascent fintech industry. With consumers shifting towards e-commerce and digital platforms, we believe that 2021 would feature many of the fintech companies truly coming into their own.

A staggering 52% of the adult Indian population comprises digitally active consumers who use fintech. With such a huge number, we are bound to see some truly exceptional trends in this space as firms experiment with multiple ways of employing technology to woo consumers. Here are a few trends that are likely to play out in the upcoming months.

One of the primary reasons that Indian fintech generates a lot of interest is because of the large portion of the population that continues to remain underserved on their credit requirements. People new to credit or without prime credit scores often find themselves with no access to institutional credit. The past two years have witnessed the rise of many lending apps that seek to take advantage of this unmet need, some of which ended up affecting the consumer negatively. The regulators and the public at large have adapted quickly and 2021 is bound to see more customer-centric developments in the digital lending space.

The formation of a regulatory framework for digital lending is underway and will separate the wheat from the chaff when it comes to digital lending. Firms that deploy technology effectively and are powered with algorithm-based machine learning models are bound to succeed as they demonstrate their ability to cater to the needs of individuals efficiently.

The digital payments market, which has been led by companies such as Paytm, PhonePe, Pine Labs, Razorpay, BharatPe and others on the B2C and B2B sides, has surged expeditiously with businesses offering cashbacks, rewards, and offers to satisfy customer demands. The pandemic has stimulated the demand for digital wallets as contactless payment is reckoned as the new normal protocol. Policy frameworks, on the other hand, such as Pre-Paid Instruments (PPI), Universal Payment Interface (UPI) by the NPCI apart from Aadhar, and the launch of Bhim app have driven the financial inclusion and improved the payment acceptance infrastructure in the country.

The nascent, yet fast-evolving, digital payments industry in India, propelled by policy framework and technology penetration, is further expected to grow at a compound annual growth rate of 27% during the FY20-25 period.

Opening Up To Blockchain & Smart Contracts

Blockchain is of the most widely used, yet least understood terms of this age. What is even more elusive is how it applies to the present-day financing solutions and how it revolutionised the way we transact. Blockchain’s most appealing feature is transparency. Data manipulation is impossible as one would have to alter the data retroactively across all the blocks stored in millions of computers. While blockchain has mostly been used in the cryptocurrency world, it’s applicability in other areas of information/value exchange are becoming increasingly apparent: fintech is one such area.

By combining the power of blockchain with automated digital contracts, fintech companies can completely shift to using smart contracts. These are essentially foolproof, tamper-proof alternatives to the modern contracts as they cover for almost all the downsides of paper-based contracts by being secure, transparent and self-executing.

Since the turn of the millennium, fintech has been at the forefront of financial innovation. The newest offering is Buy Now Pay Later (BNPL), which is set to revolutionise the online shopping and payments ecosystem in India. This flexible, no-cost, deferred payment option allows millions of Indians to purchase products conveniently on their favourite ecommerce platform. It gives retailers the opportunity to generate incremental sales by closing deals when customers would have otherwise restricted their purchases due to insufficient funds. BNPL is set to become a permanent and substantial part of the online shopping experience in the post-pandemic era.

Yet another major innovation that has been heralded as an attempt to unlock value across the entire financing chain, open banking is bound to get bigger in India. Open banking refers to the practice of allowing third-party financial service providers to avail access to consumer banking, transaction and other financial data from banks and NBFCs.

The promise of open banking is that it de-risks the financial system from the perils of centralisation. By putting out key transaction data in the public domain, it becomes easier for customers and service providers to identify each other and result in more valuable exchanges for both parties.

This has started taking off in India and is only going to get bigger in 2021 as banks figure out newer ways to engage with their consumers. With projections that the UPI user base will cross 500 million this year, the advantages of open banking would accrue the most to India’s largely underbanked populace in the form of personalised finance solutions.

Technology adoption comes with the daunting task of keeping up with the whims and fancies of regulators as the legal framework governing technology is still not fully mature. Furthermore, the digital economy is rife with various forms of cybercrime such as data breaches, cyber hacks, money laundering etc.

Companies that offer cloud computing services specifically aimed at helping financial institutions do business more securely are known as RegTech companies. They help their customers by automating employee scrutiny, compliance data management and fraud prevention. As vast swathes of the Indian population open up to the digital economy, this market is poised to boom as financial companies will be looking to streamline their operational efficiency.

The last decade was mostly spent in laying the foundations for the digital economy. As we venture into the new decade, we are likely to see the Fintech space mature and enter mainstream acceptance by winning the trust of the public. As one of the largest market for fintech, India holds great promise to be a world leader in digital payments solutions. A reality that will begin to be realised in 2021.

The author is the CEO of CASHe.

DISCLAIMER: Views expressed are the authors' own, and Outlook Money does not necessarily subscribe to them. Outlook Money shall not be responsible for any damage caused to any person/organisation directly or indirectly.