Analysing The Fourth And Fifth Tranche Of Economic Package 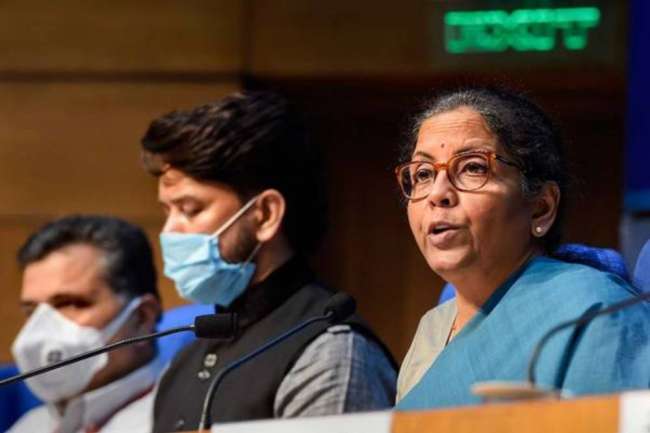 To alleviate the COVID-19 pressures the government announced their fourth and fifth economic package. The overall impact on the fiscal deficit remains muted as most of the announcements are relief and not stimulus. The market participants are keenly watching the planning and execution of these plans. Unlike the stimulus packages announced by our American and European counterparts, the Indian version is more of a structural reform than a stimulus package. The medium term supply-sidemeasures are major focus areas. Thus, there is no major immediate on the overall fiscal deficit.

The government has opened 50 new blocks for commercial coal mining on a revenue sharing basis. This will help create Rs 50,000 crore evacuation infrastructure. For mineral exploration and mining, 500 new blocks are to be auctioned. The government will also facilitate the transfer of unused mine leases by removing distinction between captive and non-captive mines. Additionally, it has also proposed the development of a mineral index and rationalization of stamp duty. The impetus on “Make in India” continues with the introduction of an annual list of defence products to be manufactured locally, thereby reducing import dependency.

An increase of Rs 40,000 crore in the Mahatma Gandhi National Rural Employment Guarantee Act (MNREGA) over the budget estimate of Rs 60,000 crore to generate rural jobs and thereby providing fillip to the rural economy. To enhance the ease of doing business and help entrepreneurs take more risks, the government plans on decriminalizing minor technical defaults under the Companies Act. COVID-19 has changed the entire landscape of doing business. Currently, businesses are facing multiple challenges to stay afloat. To help more business stay solvent, the government plans to suspend fresh initiation of insolvency proceedings for a period of up to one year. States are grappling with a crippling economy and looking for ways to support it. In a bid to help the states during these times the centre has increased the net borrowing ceiling to 5 per cent of thestates’ GDP compared to the earlier ceiling of 3% of state GDP. This would provide an extra borrowing space of Rs 4.28 lakh crore. The government also plans for a new policy to classify strategic sectors where four or less Private Sector Enterprises(PSEs) will be present and PSEs in other sectors may be privatised depending on feasibility.

All announcements are done and again the focus shifts to implementation of these projects. The implementation will hold the key to success and how well the economy fares post the lockdown is lifted and normal life resumes