Home Equity  »  What Happens to Your Money When an IPO Gets Oversubscribed?

What Happens to Your Money When an IPO Gets Oversubscribed? 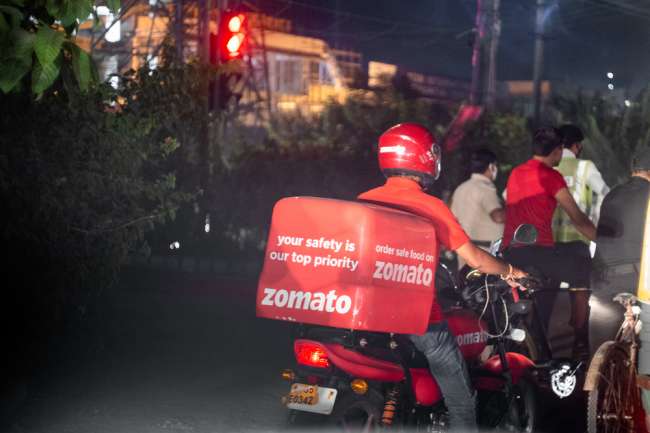 Food delivery platform Zomato made its debut in the stock exchanges last week by listing at a premium of over 50 per cent. Following the listing, the stock price further jumped to around Rs 140, which was natural given the IPO of Zomato was oversubscribed 38 times despite concerns of over-valuation of the company. In this article, let’s try to unearth what oversubscription means and what happens when a public issue is oversubscribed.

Oversubscription is a term used when the demand for a new public issue of shares is greater than the number of total shares offered. In this particular case, 38 times over-subscription means that the applications received for Zomato shares were 38 times more than the available shares on offer.

The offer received bids for over 27,512 crore equity shares against the IPO size of 71.92 crore, translating to an overall oversubscription of 38.25 times. However, when it comes to retail investors, that is the shares that were reserved in the IPO for retail investors, the issue was oversubscribed 7.45 times.

What Does Sebi Say about Over-subscription?

When an issue is oversubscribed, all applications cannot be accepted despite being valid bids. Some might not get any shares at all, while others fail to get the same number of shares that they applied for.

According to guidelines issued by Securities and Exchange Board of India (Sebi), if an IPO is oversubscribed in the retail category, the shares are to be allotted in a manner that ensures that every retail bidder gets at least one minimum lot, or 195 shares in case of Zomato. The remaining shares, if any, are then allotted on a pro-rata basis. However, this is true only in the case of a small over-subscription.

If there is a humongous over-subscription and each successful applicant cannot be allotted even a single lot of shares, then a computer-based lucky draw is conducted for an issue of one lot each.

What happens to your money if your bid is not successful?

Let’s say you applied for the Zomato IPO for four lots of shares, that is 780 shares in total. However, you end up getting only one lot due to an oversubscription.

What happens to the rest of your money corresponding to 585 shares that you had applied for but did not receive?

You do not make any payment while applying for an IPO. Only the money corresponding to your bid gets blocked in your account and you cannot use the amount till the IPO process is over. Therefore, the bid amount will be marked as a lien in your account by your bank and your bid will be registered with the exchange. If your bid is successful, the amount will be debited from your account and shares will be allotted. Otherwise, the blocked amount would be released and you would now be able to use it.

Similarly, if you receive shares in an amount lower than the applied number. Like in the example above, only the amount corresponding to 195 shares, that is one lot, would be debited from your account and the rest would be released.

Any amount that is blocked against an unsuccessful bid in an IPO would automatically be unblocked post the allotment of shares. Although this might take a couple of days.

The money which is blocked doesn’t earn any return or interest from the company issuing the shares. It continues to earn a normal interest rate from the deposited bank where it is deposited.

In case the issue fails or gets withdrawn, your bank will unblock the application money from your bank account upon receiving instructions from the registrar.

If the amount earmarked for the IPO remains blocked even after the conclusion of the IPO process, you should raise a request with your bank to get the amount unblocked.