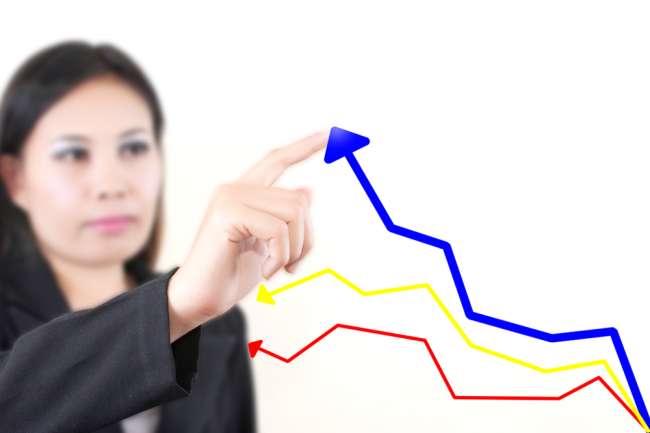 We’ve recently come across the news headlines of how women investors in the equity market are on the rise during the COVID-19 pandemic, but the numbers are nowhere close to the number of men in the finance industry.

According to Shankar Vailaya, Director of the brokerage firm Sharekhan, women form approximately 20 per cent of active traders in India. The online brokerage house Upstox has witnessed a growth of 32 percent in trade account openings by women from April to June 2020, as compared to the preceding three months. About 70 per cent of these women are first-time investors. Notably, more than 35 per cent of Upstox’s women clientele are housewives.

In an era that is promoting equal representation of all genders across every industry, why does the finance department display such a vast gap between men and women as stock market traders? Today’s article will address this question while touching base with the factors involved in the lack of involvement by women in stock investment and trading.

Why are women less involved in the stock market?

The stock market is a male-dominated premise where the lack of representation by women is a glaring contrast. With women excelling in all walks of life, especially business and entrepreneurship now, why is it that we see such low numbers in equity investment? The reasons for women’s lack of participation in the stock market can be boiled down to the following:

1) Lack of financial support and stability: To invest in the stock market is a risky venture; when done correctly, there can be great benefits. However, having the funds to invest in stocks is the primary requirement, which many women do not have. Due to societal conditions and other factors such as the employment and wage gap, 18 per cent of Indian women are unemployed as of 2020. With working women earning a lesser salary than men for the same job and many unemployed, there is a severe lack of financial resources and independence that women suffer from, hindering their involvement in the stock trading sector.

2) Lack of knowledge on stock market trading: India has an average literacy rate of 77.7 per cent, but despite attaining formal education, women are shown to lack knowledge about stock trading. It can be attributed to gender roles, a bias in imparting such knowledge, or even a lack of opportunity to explore the area of stock market trading that women aren’t as informed about equities while they remain the biggest savers of the society. This is where organisations like Elearnmarkets come into the picture, which is trying to bridge this knowledge gap related to investing or trading.

3) Women are conditioned to save: Equity is one of the best ways to maximise wealth, but women often shy away from stock investments. This is due to the conditioning of their mindsets, where women have been taught to save into trustworthy fixed deposits, chit funds, and post office recurring deposits rather than taking risks to reap huge rewards in the equity markets. Also, speculation and gambling were labeled as a masculine activity, discouraging women from delving into stocks, which has the same nature.

4) Household responsibility: Despite modernisation, gender equality, and women empowerment movements taking off in the previous decade, the primary responsibility of caregiving is still a burden on the shoulders of the women of the house, rather than being a shared partnership. The role of women as caregivers sticks, no matter even if they are the breadwinners of a family. Hence, in lower-income and working-class households, we see women spending time performing such duties rather than being able to focus on active stock trading and equity markets.

Factors that pushed women to delve into stock trading and broking

There has been a surge in the number of women participating actively in stock trading in India since the COVID-19 pandemic hit us. The reasons that lead to this rise in their interest and involvement are cited below:

1) Wage cuts: The brutal wage cuts of 30 per cent or even greater during the lockdown phase that is continuing even today took a huge chunk of income from families. Such a substantial chunk of income generally made up for the savings of the working class, which has left a huge dent in their budget. To recover the income gap and uphold their lifestyle, women found an alternative that was present all along but never considered due to the risks involved- stick trading. As per observations, women caught on quickly and managed to turn a challenge into opportunities of earning great gains.

2) Financial pressure: Before the pandemic hit the world, an average Indian household could afford to have a primary provider with a secondary wage that was lesser than their counterpart. However, every rupee became vital to run a household during these difficult times, highlighting the need for women to bring just as much income to the table as their partner to make ends meet. Stock trading provided them a window to do just that.

3) Falling rates: The steep decline in the rates of interest provided by FD, savings, and RD accounts in India raised a huge concern for everyone since the returns would barely keep up with the rate of inflation. As women have been one of the primary participants in holding fixed deposits and recurring deposits due to their principal safety factor, they had to find other mediums of investment that provided a higher rate of returns on their investment, which is when stock trading received an increased number of new entrants.

4) Idle time: The lockdown proved painstaking for those who had lost their jobs. However, it allowed several to use the time indoors productively; with limited options to entertain themselves, education took the front seat, especially in methods of maximising earnings, freelancing, or exploring additional streams of income. Women finally found the time to educate themselves and participate in equity trading, finding success through mock trading practice and video tutorials.

Apart from the reward of maximising their investments, women’s involvement in stock trading can mean so much more. While India is still working on equal gender representation in all fields, the stock market is one that needs even more work. Since financial independence is one of the greatest benefits that a steady cash flow and savings can bring, women must find multiple streams of income to live a life on their terms. Apart from being able to lead dignified and successful lives, stock trading also opens doors to a wealth of knowledge regarding the business world and global economy, which can lead to endless possibilities of opportunities. By investing time to educate themselves about good investment decisions, creating a portfolio, diversifying their investments, and even learning how to speculate, women can take control of their finances with confidence.

DISCLAIMER: Views expressed are the author’s own. Outlook Money does not necessarily subscribe to them. Outlook Money shall not be responsible for any damage caused to any person/organisation directly or indirectly.