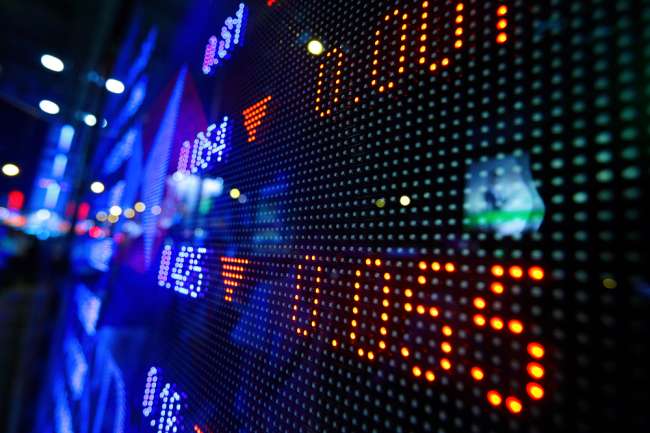 Benchmark Indices Crashed Over Yes Bank Moratorium
Deepika Asthana - 08 March 2020
While stock markets in India started the week on a positive note, the sentiment was short lived. Rising concerns over the spread of the coronavirus and a host of lacklustre domestic as well as global updates, dragged markets down. By the end of the week, key benchmark indices crashed after Yes Bank was placed under a "moratorium" late evening on March 5, 2020, with the Reserve Bank of India (RBI) capping depositor withdrawals at Rs 50,000 per account for a month and superseding the board with immediate effect.
From a macro-economic perspective, developments were rather mixed. After witnessing four consecutive months of a rise, India's factory activity growth slowed down in February 2020 from the previous month's 8-year high. The Manufacturing PMI fell to 54.5 last month from 55.3 in January 2020, remaining comfortably above the 50-point mark that bifurcates growth from slowdown. The survey indicated that business sentiment I fading on the back of concerns regarding the impact of the coronavirus outbreak on exports and supply chains. On the other hand, the IHS Markit India Services PMI rose from 55.5 in January 2020 to 57.5 in February 2020, marking its quickest rise since January 2013 on the back of a rise in business orders, renewed export demand and strengthening business confidence.
Even as high frequency indicators continue to remain stable or indicate growth, unemployment in India seems to be increasing on a fast clip. India's unemployment rate rose to 7.78 per cent in February 2020, the highest since October 2019, and up from 7.16 per cent in January 2020, according to data released by the CMIE. In rural areas, the unemployment rate increased to 7.37 per cent in February 2020 from 5.97 per cent in the previous month, while in urban areas, it fell to 8.65 per cent from 9.70 per cent. Concurrently, Fitch Ratings cut its forecast for India's economic growth to 4.9 per cent in the current fiscal on the back of weak domestic demand and supply chain disruptions due to the coronavirus outbreak. However, it did say that GDP is GDP growth is expected to slightly recover to 5.4 per cent in FY21.
In the United States, the US Federal Reserve announced a surprise rate cut by half a percentage point to 1.00-1.25 per cent. The central bank announced the rate cut in an attempt to support the American economy against the potential impact of the coronavirus on the economy. The surprise rate cut pushed the US benchmark 10-year Treasury yields below the 1% mark.
In India as well there have been rising concerns over the spread of coronavirus and its potential impact on the domestic economy. Earlier this week, the Reserve Bank of India (RBI) said that “it is monitoring global and domestic developments closely and continuously and stands ready to take appropriate actions to ensure orderly functioning of financial markets, maintain market confidence and preserve financial stability."