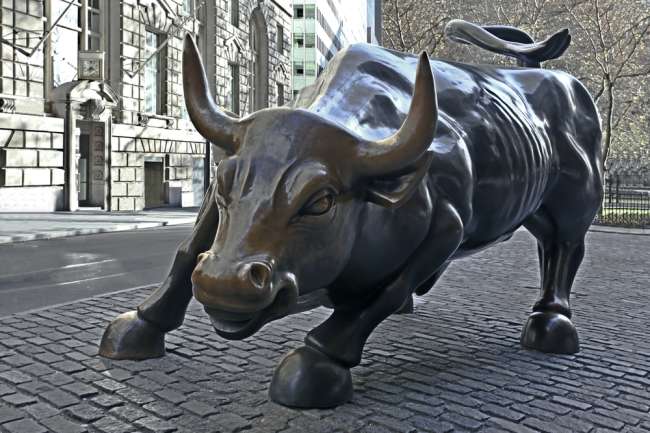 Shares opened higher in Asia on Monday after a strong finish last week on Wall Street.

Stocks climbed Friday in New York, though the S&P 500 still ended with its first weekly loss in the last five. Technology stocks and banks led much of the gains, while investors focused on lackluster company earnings from big names like Intel, American Express, and Honeywell.

So far, Asian markets have taken in stride recent setbacks in vanquishing the pandemic as infections have come roaring back in Japan, Thailand, and India, among other countries.

Government precautions to battle surging outbreaks point to an uneven global recovery, economists say. That's especially true for tourism, an important industry for many parts of the region.

Shares in Kimberly-Clark, the maker of Huggies diapers and other consumer products, fell by the most since last October after the company reported disappointing results.

Corporate earnings have been mostly positive, but investors are weighing economic growth against threats from the pandemic and worries about changes in tax policy.

Banks made solid gains as bond yields ticked higher. That allows them to charge more lucrative interest on loans. The yield on the 10-year Treasury rose to 1.57 per cent from 1.56 per cent late Friday.

Wall Street has been in rally mode in recent weeks as the rollout of Covid-19 vaccinations, the massive support from the U.S. government and Federal Reserve, and a string of encouraging economic data fuel expectations for a stronger economy and solid corporate profit growth this year.

About a quarter of S&P 500 companies have reported quarterly results so far this earnings season. Of these, 84 per cent have delivered earnings that topped Wall Street's estimates, according to FactSet.

This week is another busy one for earnings, with 181 S&P 500 companies, including Tesla, Starbucks, Microsoft and Amazon.com, set to report results.

Higher taxes on capital gains would make stocks marginally more expensive in the long term, which might impact the market's overall valuation. Despite millions of Americans having their retirement funds in the stock and bond markets, most stocks are owned by the rich.

In another trading, U.S. benchmark crude oil lost 21 cents to $61.93 per barrel in electronic trading on the New York Mercantile Exchange. It picked up 71 cents to $62.14 per barrel on Friday. Brent crude, the international standard, dropped 99 cents to $65.12 per barrel.