Home Banking  »  Budget 2021: What Does It Mean For Banks, Financial Institutions

Budget 2021: What Does It Mean For Banks, Financial Institutions

Insurance to be the game-changer with no 74% FDI, lower bad debt eases stress on banks 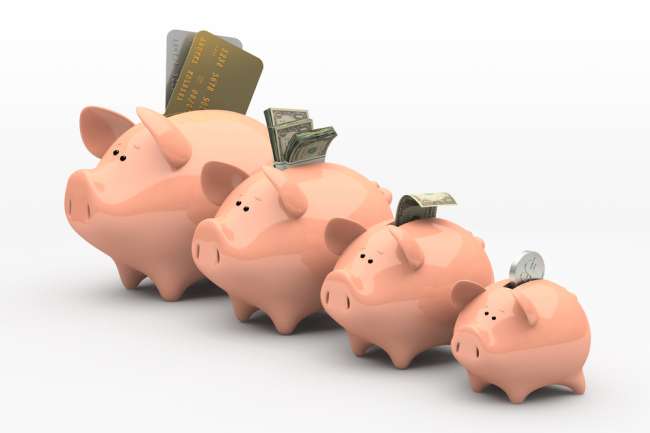 Budget 2021: What Does It Mean For Banks, Financial Institutions
Nanda Kumar - 06 February 2021

The Union Budget 2021 was certainly a unique and historic Budget in many aspects. The first paperless budget was also the first of the new decade in which India hopes to further establish its leadership as a global superpower.

Being only the fourth budget delivered after a contraction in the economy, it does not shy away from increasing the capital outlay and providing a fiscal push to lift the morale of an economy that is reeling under the shock of a ‘once-in-a-150-year-event’.

Like last year, the salaried Indian may not be exactly jumping for joy. With no change in tax slabs, and the possibility of fuel prices going up, coupled with moderate inflation, the wallet is certainly going to get lighter.

But, coming on the heels of the COVID-19 pandemic, which seems to be quite fortuitously receding, where banks were surprisingly less impacted, the Budget certainly provides hope, cheer, and the opportunity for growth in the financial sector, if handled wisely.

Fiscal 2020-21 has been a mixed bag for the Indian banking industry. While credit growth has remained subdued, Non-Performing Assets (NPAs) and stressed assets have reduced marginally. The second half saw credit growth picking up marginally, thanks to relaxation of credit to the agricultural sector and due to a marginal increase in vehicle loans and credit to industries. All said and done, the second half of fiscal 2020-21 is expected to bring some gains for the Indian banking industry, albeit marginal and will be a relief in comparison to the pain the industry faced in the first half of the fiscal.

With this as a backdrop, what does this budget mean for the Indian Banking, Financial Services and Insurance (BFSI) industry, especially after the markets reacted so favourably to the Budget? I have outlined eight facets which I believe are the key takeaways for the industry from this Budget.

Insurance will be a game changer: India has lagged behind the developed nations and its Asian counterparts, especially emerging economies like Thailand and the Philippines, in the context of our treatment of the insurance industry. Insurance penetration and density are far lower compared to other Asian countries. With the proposed increase in FDI limit to 74% and the proposed IPO for the Life Insurance Corporation of India (LIC), the sector will receive a much-needed shot in the arm. The additional focus on health and well-being will also drive more capital inflow into this sector and the large banks, which have a portfolio of insurance products, will be forced to innovate.

Spend more, save less: The Reserve Bank of India (RBI) has, through repo rate reductions, given a nudge for the banks to spend more and save less. The huge capital outlay that the Budget saw will take things forward in this direction as the focus will be on driving public spending and increasing consumption. Banks will have a greater and definitive role to play in here. In fact, we might witness loans getting cheaper or more attractive and innovative financial products being offered by banks as an incentive to make customers spend more.

There are markets left unexplored: Make no mistake, even with the Pradhan Mantri Jan Dhan Yojana (PMJDY) and the increased drive to get people under the banking umbrella, there are market segments which are still underbanked, underserved and underexplored, especially the large migrant population in the country. Their needs are different and the way they save and handle money is different. With the focus now shifting to the plight of the migrants after their conditions were showcased by the media during the early days of the lockdown, the government introduced schemes for their welfare in the recent budget. Banks must take note of this unique-yet-important market segment. In fact, who knows, they might be the new billion that the banks are searching for.

NBFCs and shadow banks are still major players: The NBFCs and shadow banks have always had a special role to play in the lives of the Indian customer, thanks to their easy accessibility and long-standing relationships. Most of the NBFCs and shadow banks have evolved from being neighbourhood chit funds and cooperatives and the trust in these institutions by the small saver is what makes them important in the economy, even though the large multinational and private banks continue to spend millions of rupees on customer acquisition. It is the same story of why the average Indian still trusts the nearby kirana store, instead of a retail major, especially in difficult times. With the proposed modifications in NBFC governance along with changes suggested in the last budget, the government has acknowledged this fact and, in the decade ahead, I am sure their importance will further increase, though with increased surveillance and control.

Simplicity and innovation will be the key: The Budget outlined steps to make our tax filing easier. Trust me, if you had personally filed taxes a decade ago, you deserve a medal. Things are simpler now, but as they say, this is always relative. Banks can certainly take a cue from this and try to make their customer experience across their multiple touchpoints like KYC, customer response and so on even more seamless. There are lessons to be learnt from companies like Netflix in creating this experience as customers switch from one device to another device.

The push towards digital payments will increase: In the last one year, the UPI-based payments have grown nearly three times. This is no mean achievement. It has helped us transform further to a cashless economy. The fact that the finance minister chose to highlight the push towards digital payments is going to be a boon for banks and other financial institutions as this will help them become an integral part of their customers’ lives, but only if they create a payment infrastructure that can compete with the likes of Paytm and Amazon Pay. Probably, this is where the banks can collaborate because the gains outweigh the pains.

I hope the indicators provided in the Budget by the finance minister will be a call to the BFSI sector to chart out a path of growth and development even as they listen to their customers, and the experts, and chart out a path which will help them grow while helping the nation achieve its goal of becoming a $5-trillion economy over the next few years.

The author is CEO and Founder of SunTec Business Solutions, an enterprise provider of software products to the Banking, Telecom and Travel Industry globally.

DISCLAIMER: Views expressed are the authors' own, and Outlook Money does not necessarily subscribe to them. Outlook Money shall not be responsible for any damage caused to any person/organisation directly or indirectly.